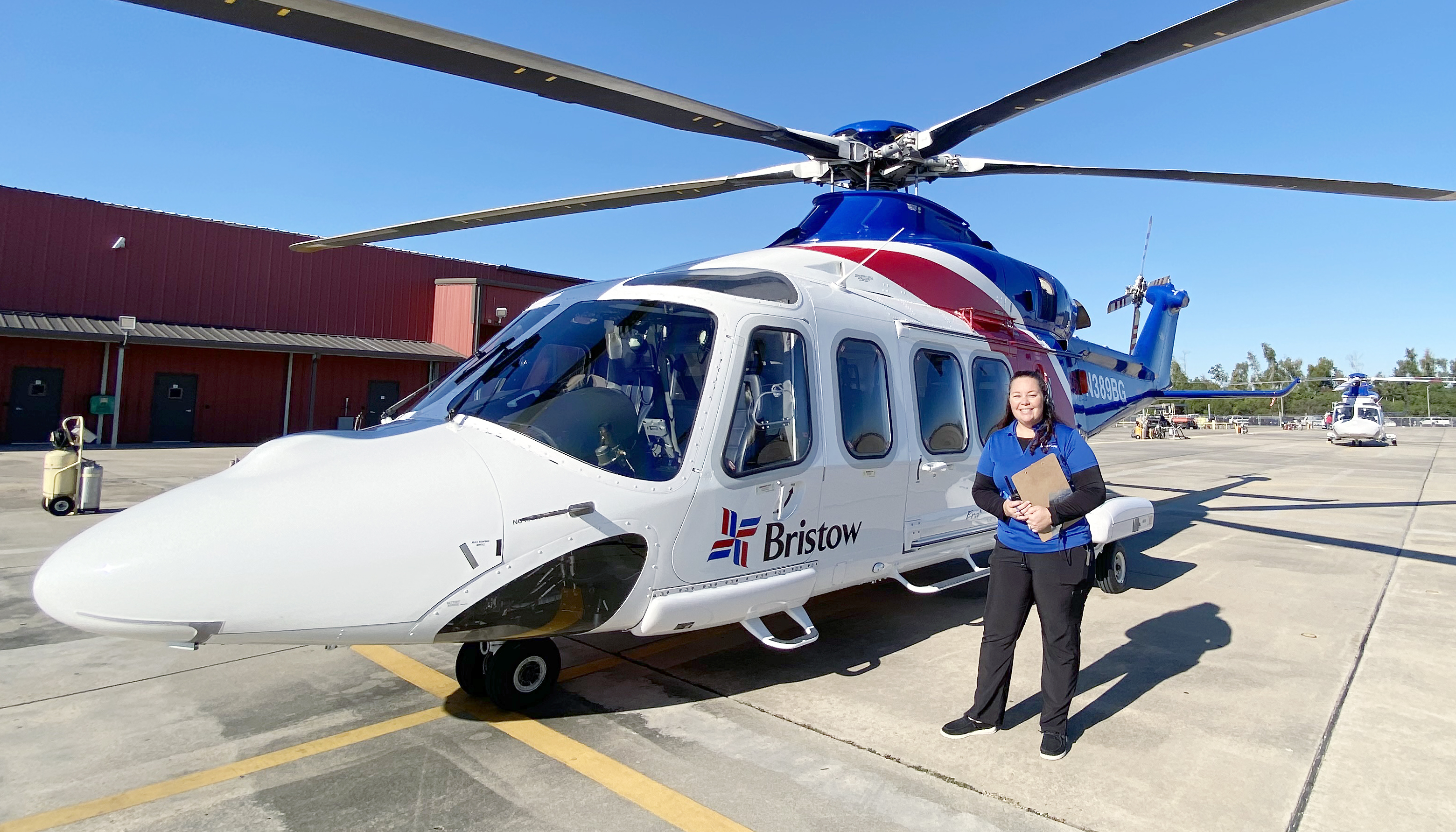 She’s sometimes referred to as “The Jackie of All Trades.”

No matter the nickname, Lead Customer Service Representative Jackie Galliano is special, though you’d never hear her use those words to describe herself.

But what is clear to anyone who knows Jackie in Houma, Louisiana, and even those who don’t, is that she’s full of passion in everything she does.

For starters, Jackie shares the same name as the town of Galliano, Louisiana, where she calls home. It’s no coincidence. Jackie is a descendent of the Gallianos who settled in the vicinity in the late 1700s.

But the eight-year Bristow veteran and mother of four teens still gets up early, commutes 45 minutes to work and usually arrives about an hour early. She does this not because she has to, but because of her passion to help her teammates be successful.

“I try to come into work early to help alleviate any emerging issues and reduce the stress the team will face. I make sure all manifests are printed and ready for passengers to check in,” Jackie said. “It’s just something I like to do.”

Although Jackie has the “Lead” designation in her title, she doesn’t let it change her as a person. She’s quick to refocus on what she believes matters for the team in Houma to be successful.

“I am here to lead by example and help everyone be successful in their job. We are all one team and I have everyone’s back. That’s the recipe that enables us to be great as a whole.”

But Jackie’s responsibilities are expansive. She liaises with various areas within Houma, such as the ground crew, and she possesses a working knowledge about the entire operation -- the reason for her nickname.

“Every day is a challenge," she says. "It really does take the collective effort of pilots, ground crew, technicians, CSRs and all other specialties to operate safely and successfully.

“There’s always someone who knows something you don’t, so it’s important to listen to everyone. You can talk to me about everything and anything that goes on here at the Houma base, I am always ready to listen and help.”

But the absolute favorite part of her job? “Meeting all the amazing people from around the world!”

A day in the life

Spend a typical day with Jackie and it becomes clear why she’s earned the nickname as “The Jackie of All Trades.”

She meets with pilots to review weather and plan for any potential delays, which she then gets with her fellow CSRs to ensure affected passengers and customers are aware.

She then addresses any issues, such as flying with hazardous cargo (paint, aerosol cans, offshore cameras that have a radioactive source), which require the team to follow a rigid protocol.

“Bristow is the transporter, so we must ensure the paperwork is accurate and complete, proper stickers are affixed and items are labeled correctly. There is a checklist for radioactive and other hazardous items. Everything must be answered in the affirmative in accordance with the rules,” she said. “One ‘no’ and the cargo doesn’t fly – no exceptions!”

Somedays you may find Jackie in the tower, working the radios and talking to crews both inbound and out. For instance, she may inform an inbound crew that they’ve picked up an additional flight, as well as the location and their total outbound and inbound weight.

“I help the crew determine fuel needs by giving them all the proper information for their flight so they can prepare a flight plan,” she said. "I’ll contact the OCC (radio room headquarters – the real heroes) if there’s an expected problem or work being done on a particular platform that could impact flight planning and travel so a NOTAM (Notice To All Airmen) can be issued.”

Jackie says, “there’s a lot to keep straight, since Bristow has its own requirements rules and regulations that we have to follow, and each customer also has a set of their own requirements.”

Jackie’s passion to understand and support the operation at large led to her earning a bachelor’s degree in Aviation Management, a distinction she says she’s most proud of and that she achieved while simultaneously working and raising a family.

She said she loved aviation and wanted to better understand how everything worked together as well as the larger picture involving the business.

“I’m like a little sponge. I was interested in how airports were constructed. How the concrete is cured and made strong enough to handle aircraft that are 20,000 plus pounds,” she said. “I also learned about mergers at the same time Era and Bristow were merging. Very interesting and cool to learn about it all!” 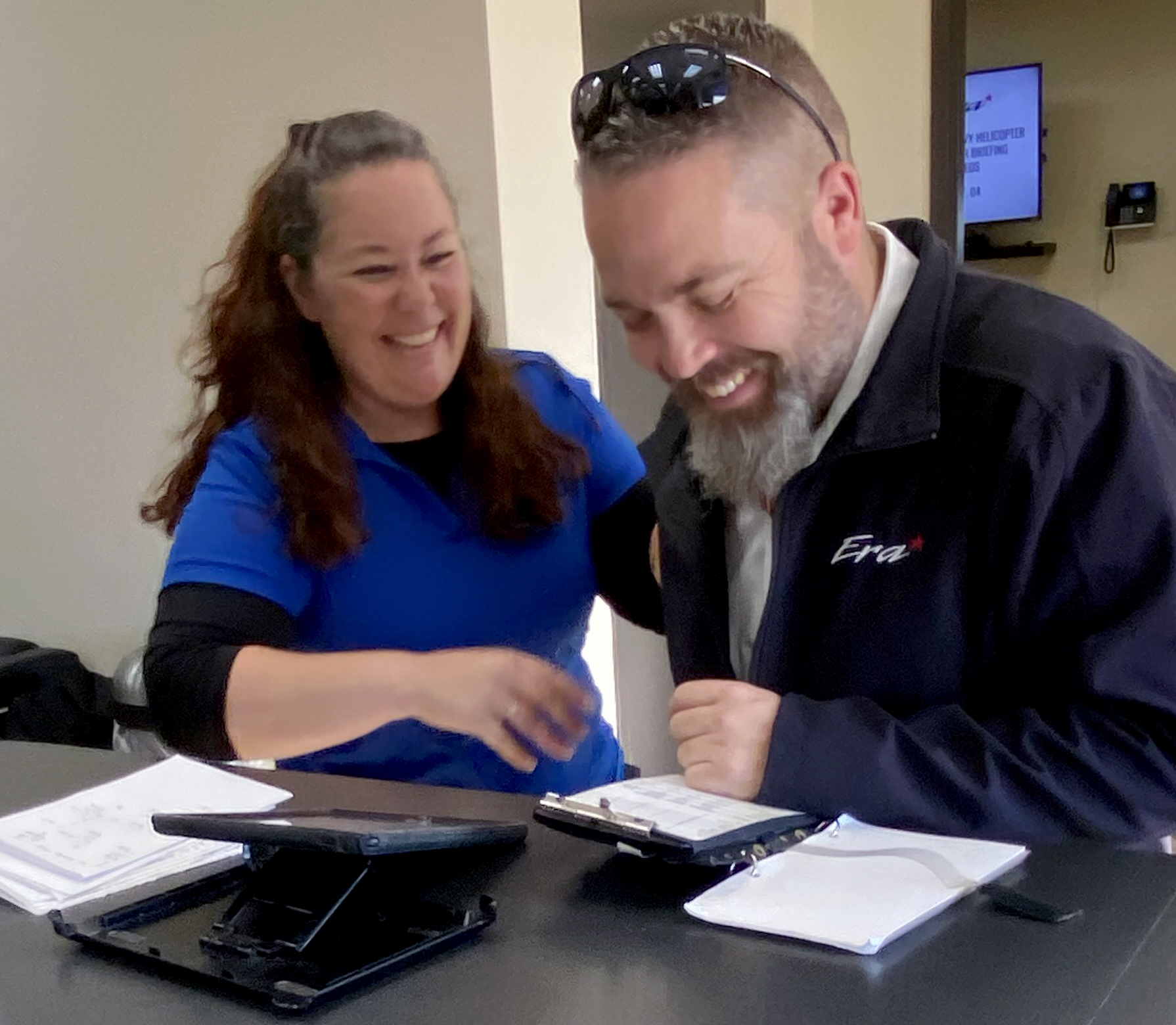