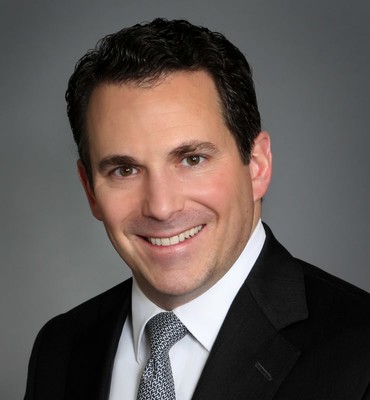 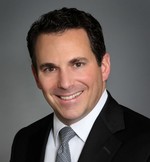 Christopher “Chris” Bradshaw has served as the President and Chief Executive Officer of Bristow Group Inc. since June 2020. He previously served  as the President and CEO of Era Group Inc. since November 2014 and Chief Financial Officer from October 2012 to September 2015. Chris was appointed a director of Era in February 2015. He served as Era’s Acting Chief Executive Officer from August 2014 to November 2014. From 2009 until 2012, Chris served as Managing Partner and Chief Financial Officer of U.S. Capital Advisors LLC, an independent financial advisory firm that he co-founded. Prior  to co-founding U.S. Capital Advisors LLC, Chris was an energy investment banker at UBS Securities LLC, Morgan Stanley & Co., and PaineWebber Incorporated. He received a degree in Economics and Government from Dartmouth College. 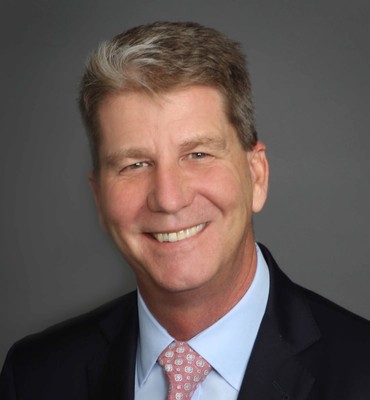 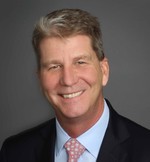 David Stepanek became Bristow’s Executive Vice President, Sales and Chief Transformation Officer in March 2021. In this role, David is responsible for all sales, marketing, and commercial functions of the business. In addition to activities in Bristow’s existing end markets, his focus will include the transformation of Bristow’s business mix through strategic diversification into new markets.

David has previously served as Bristow’s Chief Operating Officer since June 2020. He served as Senior Vice President, Business Development of Era Group Inc. when he joined Era in January 2020. From 2010 through 2019, David held positions within PHI, Inc., most recently having served as President, PHI Americas, responsible for the overall performance and direction of PHI’s U.S. and international operations in the Western Hemisphere. Before becoming President PHI Americas, David served as PHI, Inc. Chief Commercial Officer and led the company’s growth in the Gulf of Mexico and international expansion including the acquisition of HNZ Group’s offshore helicopter business. Before joining PHI in 2010, David held a variety of leadership positions at Era Helicopters. After four years’ service in the US Marine Corps as a heavy lift helicopter avionics technician, David moved to Sikorsky as an avionics technician and field service representative; he was subsequently promoted and contributed to the sales and product development of the S-76 and S-92 aircraft, amongst many other roles. 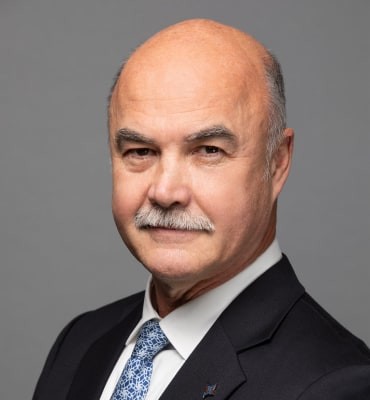 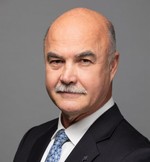 He previously served as Vice President, EAMEA from June 2017 to June 2018. Before that he served as Region Director of the Europe Caspian Region from April 2015 to June 2017 and Region Director of the Europe Business Unit (EBU) from August 2014 to March 2015, in which capacities he had commercial and operational oversight of the region, including the successful transition to a fully Bristow-operated U.K. search and rescue service. Prior to joining the Company in August 2014, Alan worked since 1985 in a number of management positions with Baker Hughes Incorporated, including vice president positions in the Middle East, Asia Pacific and Africa, most recently serving as Vice President, Sub Sahara Africa from 2011 to 2014. 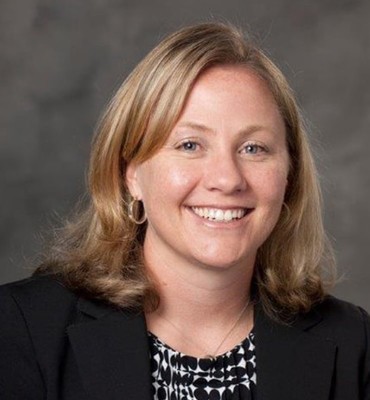 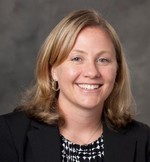 Crystal Gordon was appointed as Senior Vice President, General Counsel, Head of Government Affairs, and Corporate Secretary for Bristow Group Inc. in June 2020. In this role, she is responsible for legal, compliance, collective bargaining agreements, government relations and contract review and management.

Previously, she served as Senior Vice President, General Counsel & Chief Administrative Officer for Era Group Inc. when she joined in January 2019. From 2011 through 2018, Crystal served as the Executive Vice President, General Counsel and Corporate Secretary of Air Methods Corporation, an emergency air medical company operating over 400 aircraft throughout the U.S. Prior to her appointment at Air Methods Corporation, Crystal worked in private practice as a corporate and securities lawyer with Davis Graham & Stubbs LLP, in Denver, Colorado. Crystal served in several compliance roles in the financial services industry prior to attending law school. She attended the University of Denver for law school and received a bachelor’s degree in biology from Santa Clara University. 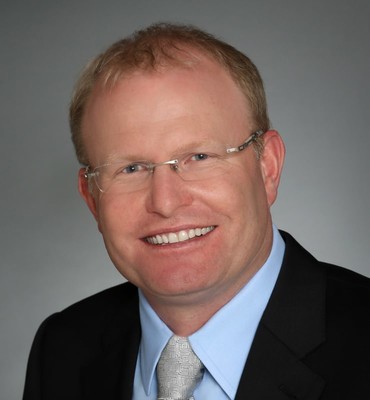 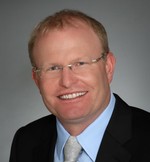 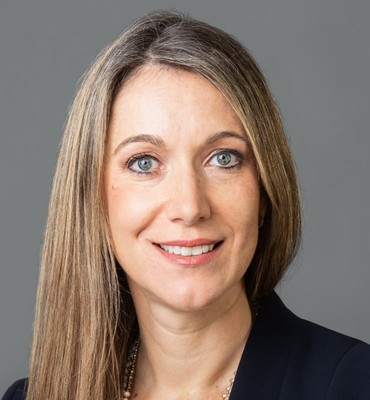 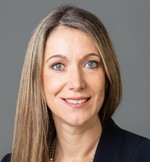 Mary Wersebe was appointed as Senior Vice President, Chief Administrative Officer for the Bristow Group Inc. in June 2020. In this role, she is responsible for human resources, benefits and compensation, communications and corporate social responsibility.

Prior to this role, she served as Vice President, Human Resources effective August 2016. Mary previously served as the Company’s Interim Chief Administration Officer from June 2016 to August 2016. She joined the Company as Director, Human Resources Global Operations in May 2014. Prior to joining the Company, Mary was the Director Human Resources at Exterran from 2007 to 2014. Mary also served in human resources roles for Halliburton from 1999 to 2000 and 2001 to 2002, Aspen Technology from 2000 to 2001 and Ocean Energy from 2002 to 2003 after beginning her career with Browning Ferris Industries in 1997. 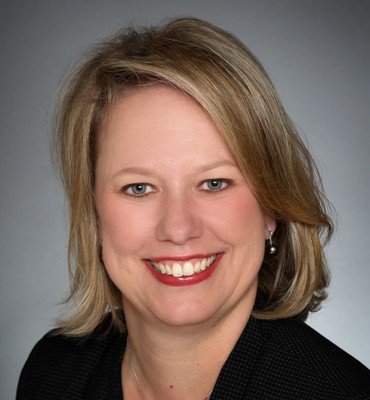 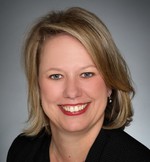 Previously, she served as the Senior Vice President, Chief Financial Officer, for Era Group Inc. since February 2018. Jennifer served as the Company's Vice President and Chief Accounting Officer since August 2013 until her appointment as Vice President, Acting Chief Financial Officer in June 2017. Jennifer joined the company as Controller in April 2012. From August 2007 to March 2012, Jennifer served in several capacities at nLIGHT Photonics Corporation, a supplier of high-performance lasers, including as Director of Accounting. Prior to these roles, Jennifer served as the Manager of Accounting at InFocus Corporation for over two years. After serving in the U.S. military, Jennifer started her career in public accounting in the assurance practice group at PricewaterhouseCoopers for approximately five years. She received a B.S. in Accounting from Alabama A&M University and a master’s degree in Accounting from the University of Southern California. 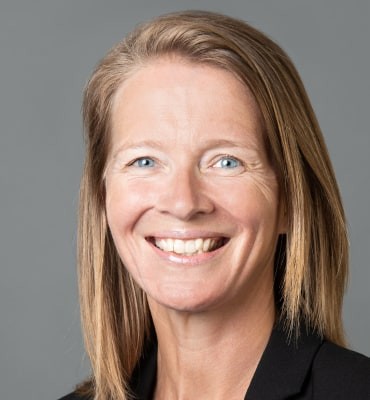 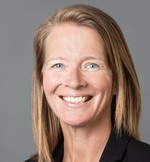 Samantha “Sam” Willenbacher was appointed as the Senior Vice President, Americas for the Bristow Group Inc. in March 2021. In this role, she is responsible for Bristow’s operations and service delivery in Brazil, Guyana, Suriname, Trinidad, and the United States. She also works with our partner, Cougar Helicopters Inc., in Canada.

Sam previously served as the Senior Vice President, Chief Commercial Officer for Bristow beginning in June 2020. She has also held key leadership roles for Bristow as the Vice President, Global Commercial Strategy; Director, Americas Region; and the Director of UK Search and Rescue. Sam has also served as the Business Development Manager and later the Director of the Bristow Academy, at the time the world’s largest helicopter flight training school. She joined the Company in May 1998 through employment with Helicopter Adventures Inc., which later became the Bristow Academy. 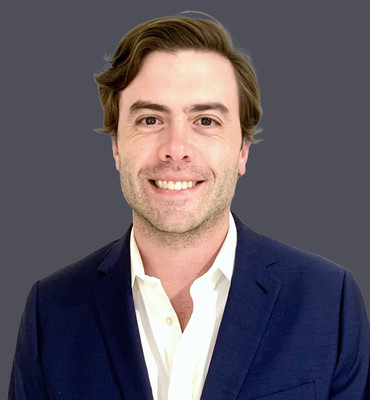 Joe Pitzinger was appointed Vice President, Treasury and Corporate Development for Bristow Group Inc. in March 2021. In this role, he is responsible for corporate development initiatives, merger and acquisition activities and treasury functions.

Prior to this role, Joe most recently served as the Director of Corporate Development at Bristow, where he was responsible for the execution of merger and acquisition transactions and supporting the company’s broader strategic development initiatives. Since joining Bristow in 2012, Joe has served in several capacities, including as Assistant Treasurer and Manager of Merger, Acquisitions, and Integration.

Before joining Bristow, Joe worked within the KPMG Transaction Services advisory group performing financial due diligence on both buy and sell side transactions for private equity and corporate clients. Joe is a Chartered Financial Analyst (“CFA”) and holds a Bachelor of Business Administration degree in Finance from the University of Texas at Austin.

James Stottlemyer has served as the Vice President, Health, Safety and Environment for Bristow Group Inc. since June 2020. In this role, he is responsible for the global safety strategy and providing leadership and continuous improvement for the Company Safety Management System and Health, Safety and Environmental processes across Bristow Group Inc.

Prior to this position, he served as the Director, Safety Americas and Global Safety Performance and Director, Aviation Safety for Bristow Group Inc. Previous roles also include Sr. Advisor, Safety and Quality Assurance (International, Air Medical, SAR) for Era Group Inc. James served nine years in the U.S. Army as a UH-60A/L/M Maintenance Test Pilot. Throughout his tenure, he completed two combat deployments as a Commander, where he managed flight operations and safety programs, as well as Part 135 and 145 maintenance activities. James was a lead maintenance quality inspector on the UH-60 Blackhawk and holds FAA Helicopter and Fixed Wing Ratings. 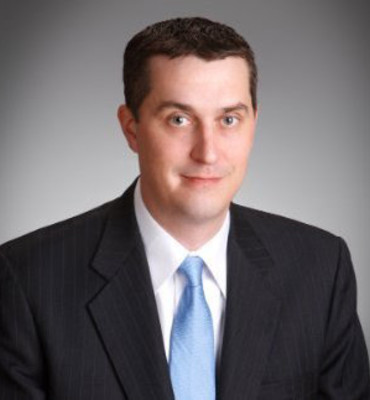 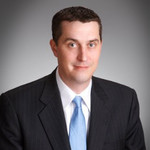 Richard Tatum joined Bristow in the role of Vice President, Chief Accounting Officer on November 15, 2021. In this role, he serves as Bristow's Principal Accounting Officer responsible for accounting operations and financial reporting for the company.

Richard previously served at Pacific Drilling as Senior Vice President, Chief Accounting Officer from August 2017 until its merger with Noble Corporation in April 2021. He served at Pacific Drilling as Vice President, Controller from March 2014 to July 2017, and as Director Financial Reporting from October 2010 to February 2014. From February 2009 to August 2010, Richard was the Director Financial Reporting at Frontier Drilling USA, Inc. He began his career as an auditor with Grant Thornton LLP, where he held a variety of roles with increasing responsibilities, his most recent position being a Manager in Grant Thornton’s National Professional Standards Group. He has a bachelor’s degree in Business Administration and a master’s degree in Professional Accounting from the University of Texas at Austin and is a Certified Public Accountant.