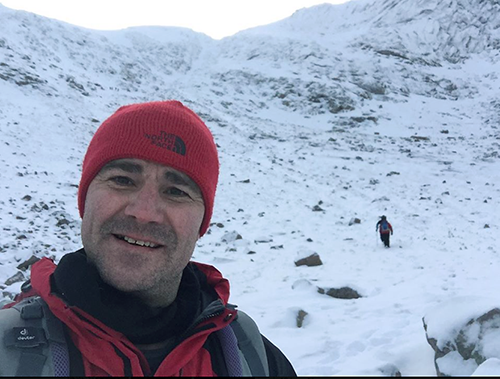 Bristow Search andnRescue Winchman Paramedic Darren “Daz” Jones is climbing to new heights to raise funds for Whiteley’s Retreat. He has a history of tackling enormous physical challenges to support charity,and his latest endeavor is Kang Yatse, a more than 20,000-foot summit in Indiaon the western side of the Himalayas.

He enjoys spending his spare time in the hills and mountains and has previously climbed Mount Kilimanjaro – a summit of more than19,000 feet – for charity, as well.

“I have lived and worked in Ayrshire since 2015, and I feel it’s only right to support a local charity,” said Jones.

As he was researching a charity to support through his endeavors, he came across Whiteley’s Retreat, a facility run by a small group of enthusiastic volunteers to provide much needed respite for children and young people withcancer and life altering illnesses in Ayrshire.

Whiteley’s Retreat CEO and Trustee Maxine Allen met with Jones, showed him around the facilities and introduced him to the community.

“I was truly inspired to do the very best I could to support this fantastic charity,” said Jones

Jones will be making his trek for charity on September 20, 2020. If you would like to support his efforts, visit his fundraising page.