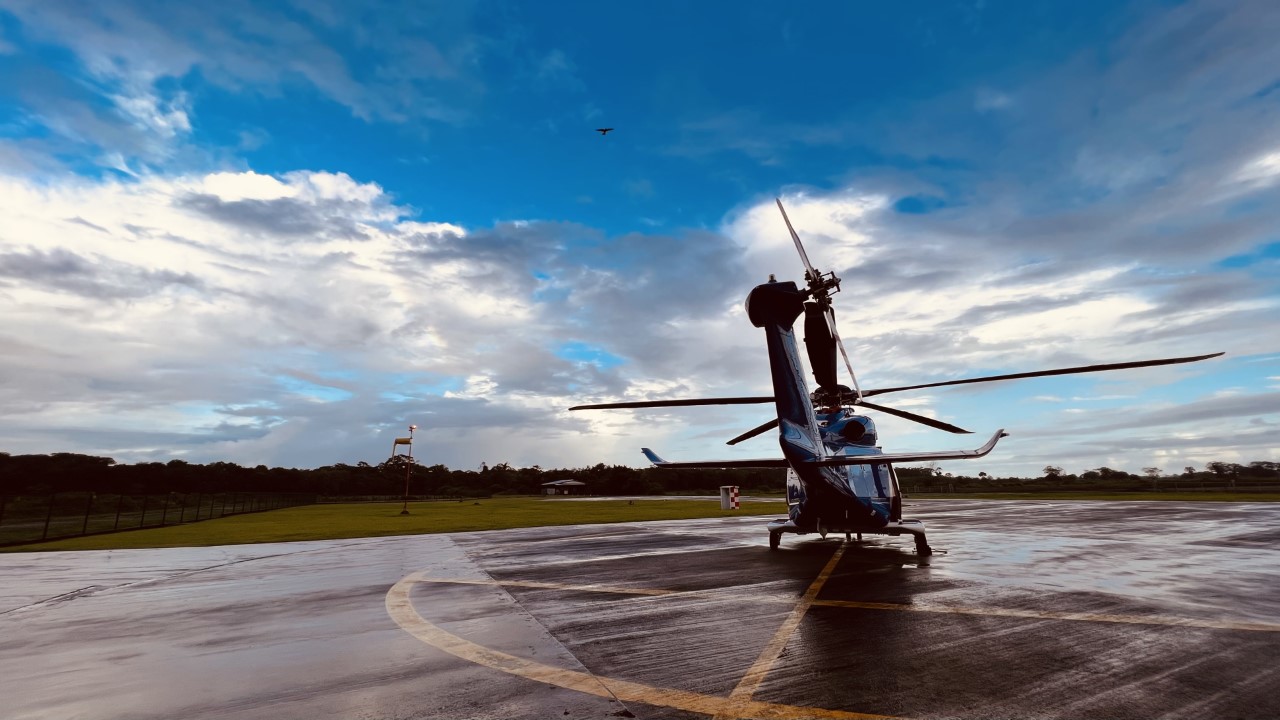 Flying daily adjacent to the largest jungle in South America has it benefits, and it is one of the many nice things that Bristow employees enjoy about their offshore oil and gas flights from the Gum Air heliport in Suriname’s capital and largest city, Paramaribo.

On any given day, Bristow will fly about three flights beginning at around 7 or 8 a.m. using a fleet of four AW139 helicopters. The trips typically average 100 or more miles offshore in support of oil and gas drill and seismic ships. The helicopters carry enough fuel for roundtrip flights. The aircraft average 6 to 10 passengers conducting crew changes on the ships.

Captain Dave Brickey, Lead pilot for B-Hitch, who lives in coastal Virginia, and leads one of two hitches, rotates down to Suriname to work 28 days on duty, then 28 days off. The work is split between A and B hitches. A typical hitch includes 10 pilots and three aircraft maintenance technicians (AMTs). “We did at one time have a contract that required an S-92, but we are currently using four AW139s. Right now, everything is still exploratory and there are no established platforms like you see in the Gulf of Mexico.”

Bristow also provides a limited Search and Rescue (LimSAR) service for those same vessels using Bristow pilots and supplemented by Priority 1 Air Rescue.  “We currently provide limited Search and Rescue where we have a medical bed and hoist on the helicopter and use Priority 1 Air Rescue to crew the back for hoist operator, medic and search and rescue swimmer.”

The air ambulance crews are on call from 6 a.m. to 6 p.m. and we only transport passengers during daylight hours. “The only night flying we do is for medevac. We do some night training to maintain currency to land on a ship at night. But other than those exceptions, there is really no night flying in Suriname.”

Gum Air operates an air service that flies between the local towns and into some of the jungle areas. They also own the Oxygen Resort, which provides the apartments where Bristow and Priority 1 Air Rescue personnel stay at. The resort is a very popular place for people who come down for vacations, which will take tours out into the jungle and visit the various nature preserves.

Throughout the year the temperature averages around the low to upper 80’s and there is always a good 10 to 20 mph wind from the East. “It is a little bit humid since we are about 300 miles north of the equator, but I just like to say it is tropical,” Brickey said. “It is similar to coastal Louisiana in the summer in terms of flying.”

Most of the Bristow staff (pilots and techs) in Suriname requested to be based there. “I was in Era’s search and rescue program and during that time they needed air ambulance qualified pilots in Suriname, starting off a new contract. I signed up because I had not been to South America before.”

Aircraft maintenance usually consists of operations-level support.  However, the maintenance team can provide the same level of support as is provided by the much larger Houma base.

“Something like an engine or transmission can be changed here, but the parts would have to be shipped down along with any specialized stands,” said Lead A-Hitch AMT Dave Johnson, who has worked at Suriname on and off for the past six years and who lives in Mississippi.

“We usually get here about 6 a.m. to do the HUMS download just like we would do in the Gulf of Mexico,” Johnson said. “We all like the schedule of 28 days on and 28 days off and we do occasionally get together to have dinners.” He requested the assignment to Suriname because he wanted to do something different and wanted to experience an international location in South America. He thinks it is an advantage to have a small team that knows everyone, and it is “a tighter knit group” and “everyone gets to do a greater variety of maintenance.”

He says if they only have one flight, they could be done by 9 a.m. and the rest of the day would be spent performing the normal scheduled maintenance on the helicopters. “At least one AMT is on call 24 hours a day,” Johnson said of the six AMTs at Suriname, three on duty for each hitch, who must be available to support any nighttime medical missions.

“For the bigger avionics work and electrical problems, we will consult with the avionics guys in Houma or Lake Charles (Louisiana) and they will actually come down sometimes to help troubleshoot,” he said. “You do occasionally have your problem-child aircraft,” but Johnson said the Leonardo fleet has been pretty good. “If we ever need anything, our maintenance team in the GOM, all the way up to the Director of Maintenance, is always available to help.”

Bristow has been operating out of Suriname for about 10 years and is currently the only helicopter company supporting oil and gas operations. “The heliport we fly out of is about a mile and half from the coast. There is a much larger international airport about 25 miles inland,” Brickey said.

Flying over Suriname offers a nice view. “There is lots of jungle and you can hear the howler monkeys in the morning when the sun comes up during pre-flighting. We found a sloth that had gotten stranded on the heliport – one of the pilots and AMTs picked it up and brought it back to the Oxygen resort where they got in touch with a rescue center that rehabilitated the sloth,” Brickey said.

“It is a great assignment, with good food and people. It is probably the most tolerant country and is very accepting of many nationalities, diversities, religions and holidays,” Brickey added.

The ground staff are employees of Gum Air and they are the customer service representatives, security, baggage handlers, and the housekeeping staff. “It’s great to be able to work with local Surinamese and important for Bristow to contribute to the local community,” Brickey said. 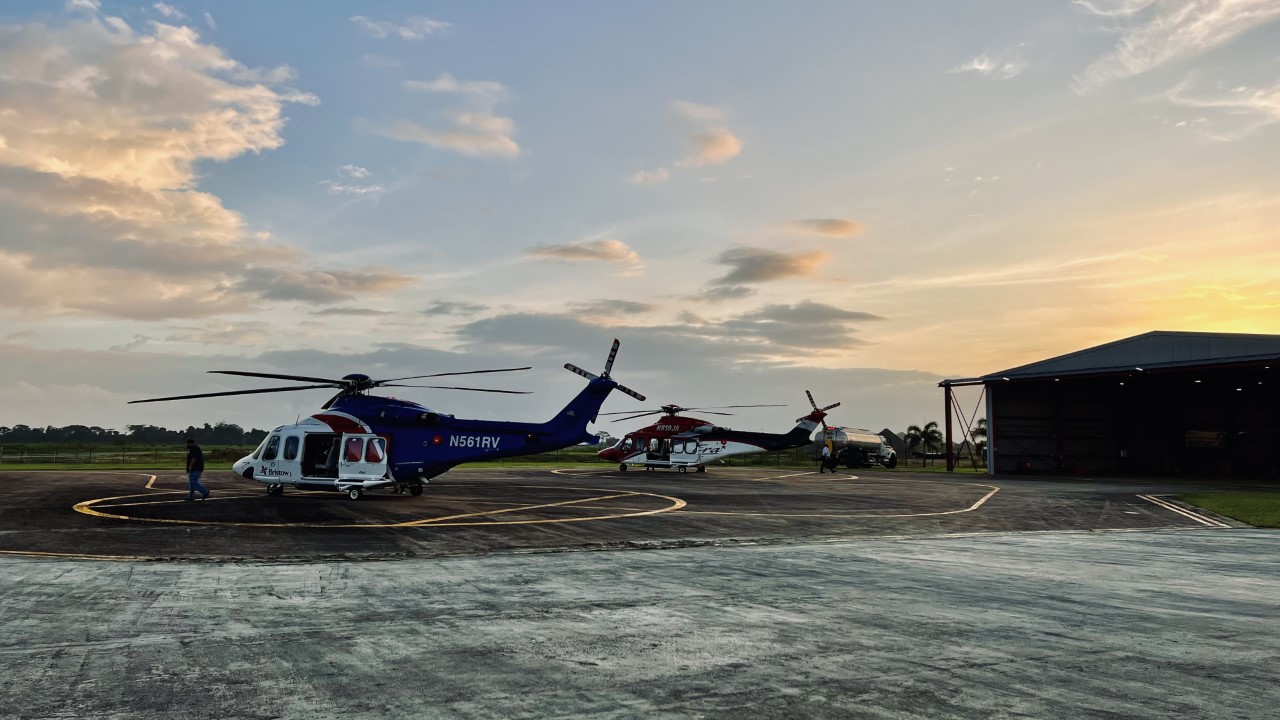 Bristow AW139s on the ramp at Gum Air heliport in Paramaribo, Suriname 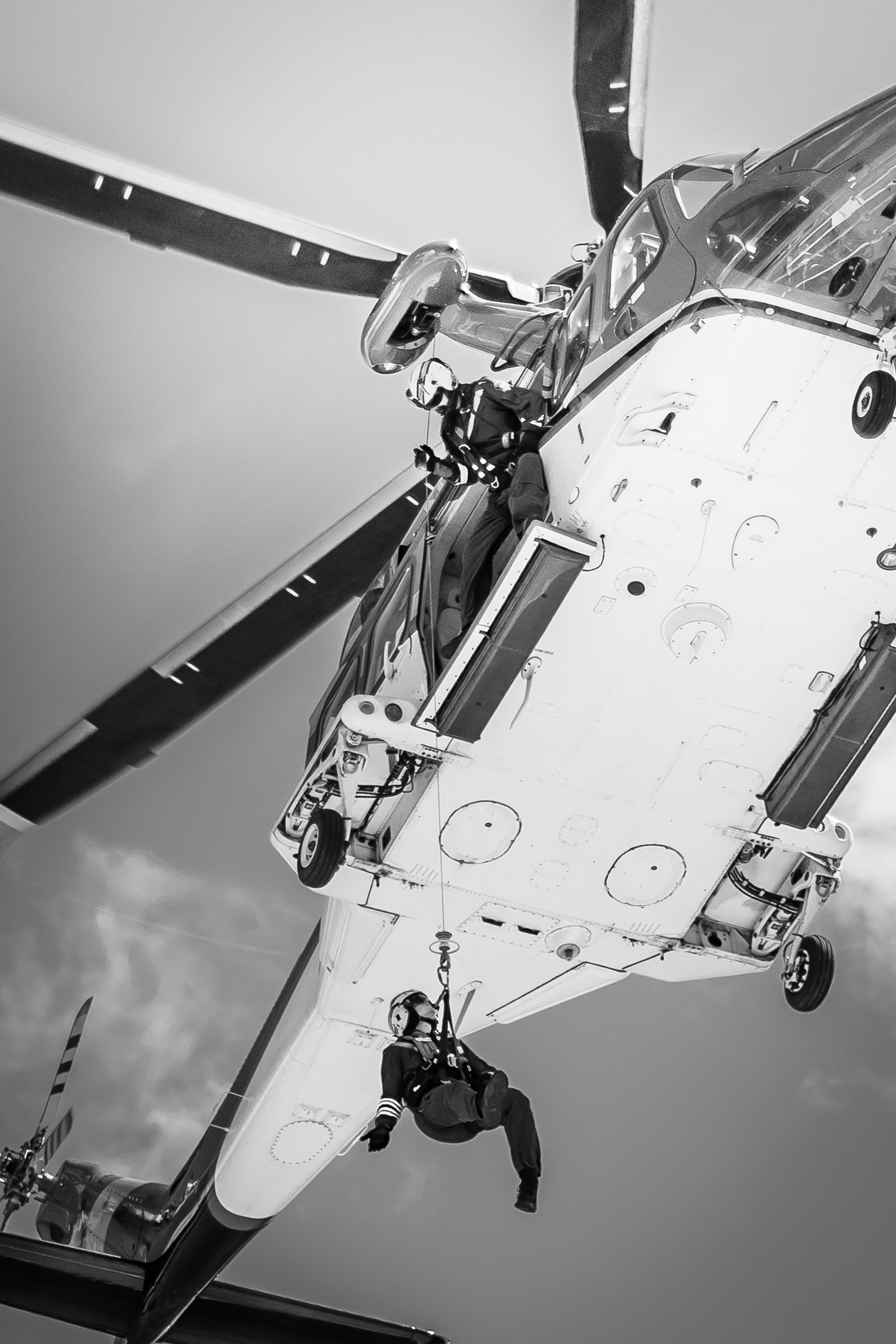