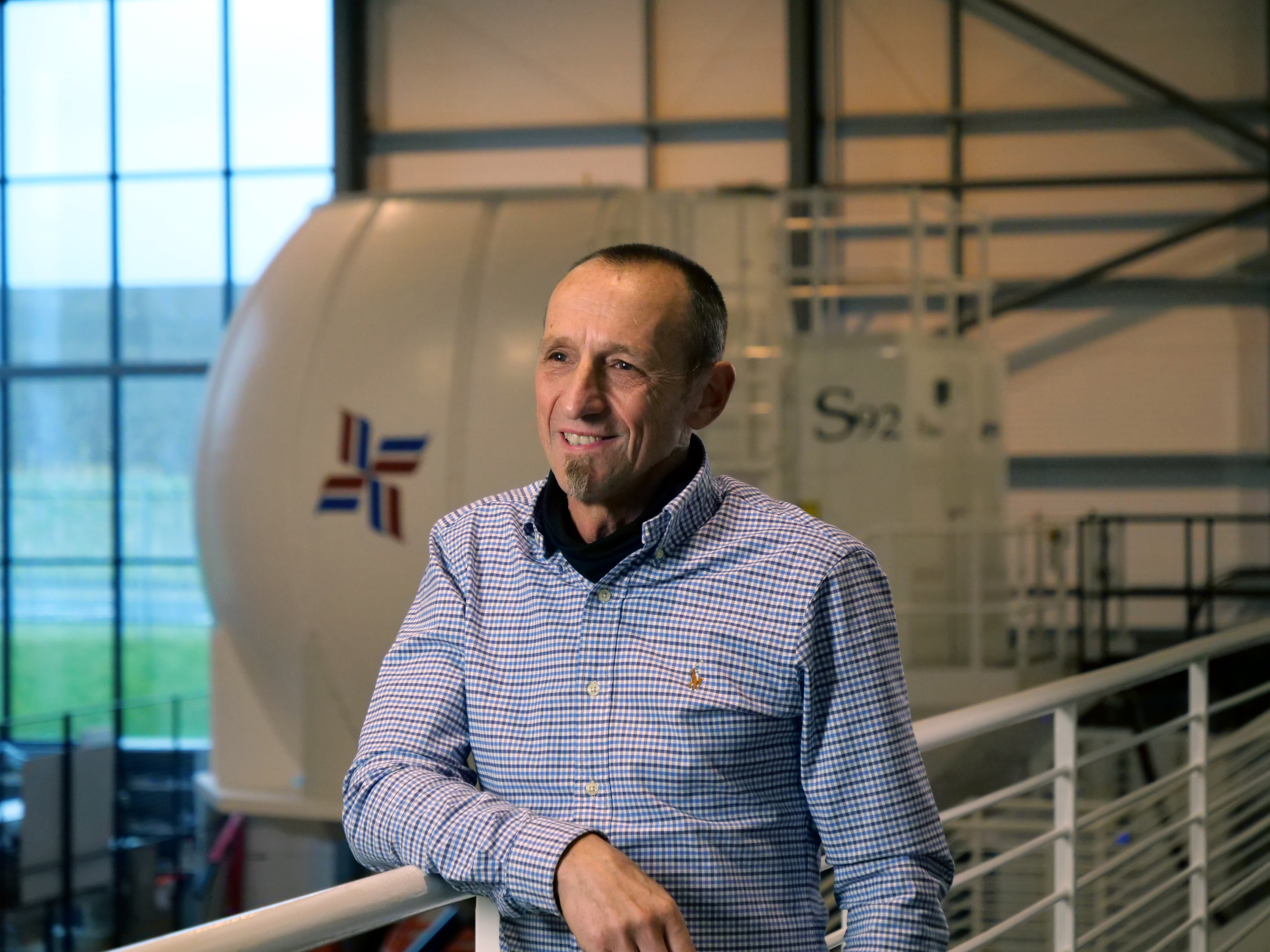 Paul Mills, Bristow’s UK Simulator and Facilities Manager in Aberdeen, has been working with simulators his entire career.

Most kids and even some adults get a rush playing the latest video games on their consoles and computers – it is the realism of experiencing something that you can probably never do in real life.

Likewise, when Bristow pilots want to learn how to handle an emergency, they just can’t shut off an engine on their helicopter and hope they can recover it – not only would it upset the passengers, but it would be very dangerous. Fortunately, simulators exist and every time a pilot goes into one, the procedures they will practice in an emergency can be run just like in a real aircraft and they can see for themselves exactly how the helicopter and they respond.

A good simulator must perform the same way as the helicopter, accurate flight modelling along with motion and visual systems ensure it feels, moves and behaves the same way.  Every button, switch and display in the cockpit is the same.

Making sure pilots get that valuable training by ensuring simulators are always working is what drives Paul Mills, Bristow’s UK Simulator and Facilities Manager in Aberdeen.

With a team of six engineers, they keep an S-92A, AW189 SAR and an S-76 C++ simulator working. The facility in Aberdeen is unique and it is the only one of its kind in Bristow and in the UK.

“We are responsible for the maintenance of the sims to ensure they remain serviceable and ready for training,” Paul said.

To become the manager, Paul traveled a long road and has supported simulators his entire working career. He joined the Royal Air Force at the age of 18 as a simulator engineer and did that job for 12 years. “When I left the RAF, I worked on tank simulators with the British army for 12 years and then moved on to RAF Benson working on helicopter simulators as a senior engineer.”

He joined CHC in Aberdeen working on their helicopter simulators as their simulator manager. He then joined a company called Quadrant working on civilian aircraft simulators, again, as a simulation manager. “I've always loved the northeast of Scotland, so when the opportunity came up to work at Bristow, which I've only been here four months, I had to come back. So yeah, I've been doing it a long time.”

Training for pilots might include transitioning from one helicopter model to another, and that he says, can be a long process with many classroom lessons and simulator rides. The other type of training pilots get is called recurrent training in the simulators, which is usually done every six months for pilots.  “During these times, pilots will practice normal daily flying, but also emergencies such as failures with engines, tail rotors, etc.”

The simulator schedule had been affected by Covid-19, but now things are getting back to normal. “Pre-Covid we were working 24 hours, seven days a week. Since Covid, things have dropped a little bit and we are flying from 8 a.m. until 10 p.m., but we’re building gradually back up in usage. Availability wise, we're now available for training 20 hours a day, seven days a week.  And hopefully that's what we'll go back to when things fully recover.”

Bristow has a big advantage by having its own simulator facility. “The best thing for Bristow having the facility here is that pilots don’t have to travel, plus, we control the simulators and don’t have to compete for simulator space. We have much greater flexibility in scheduling than other companies.”

Bristow has its own booking system and usually the pilots will come in an hour before their simulator ride, do their briefing and then they will spend two hours in the simulator. “Realistically they're here for four or five hours for a slot.”

“Pilots certainly don't treat it as if they're in the simulator. And when they fly, they don't feel like they're in a simulator because what they see is an exact replica of the cockpit, the visuals are the same, when they look out the windows, it looks like it does outdoors. They're getting all the visual and physical cues and it is identical to what they're used to in the aircraft.”

“When you tell people that you're a simulator engineer it's a very interesting conversation starter because people don't realize exactly what's involved. The fact that you've got to know about the aircraft, as well as electronics, hydraulics, pneumatic and IT systems etc.  I've got to say most people when you tell them what you do, they're jealous.” 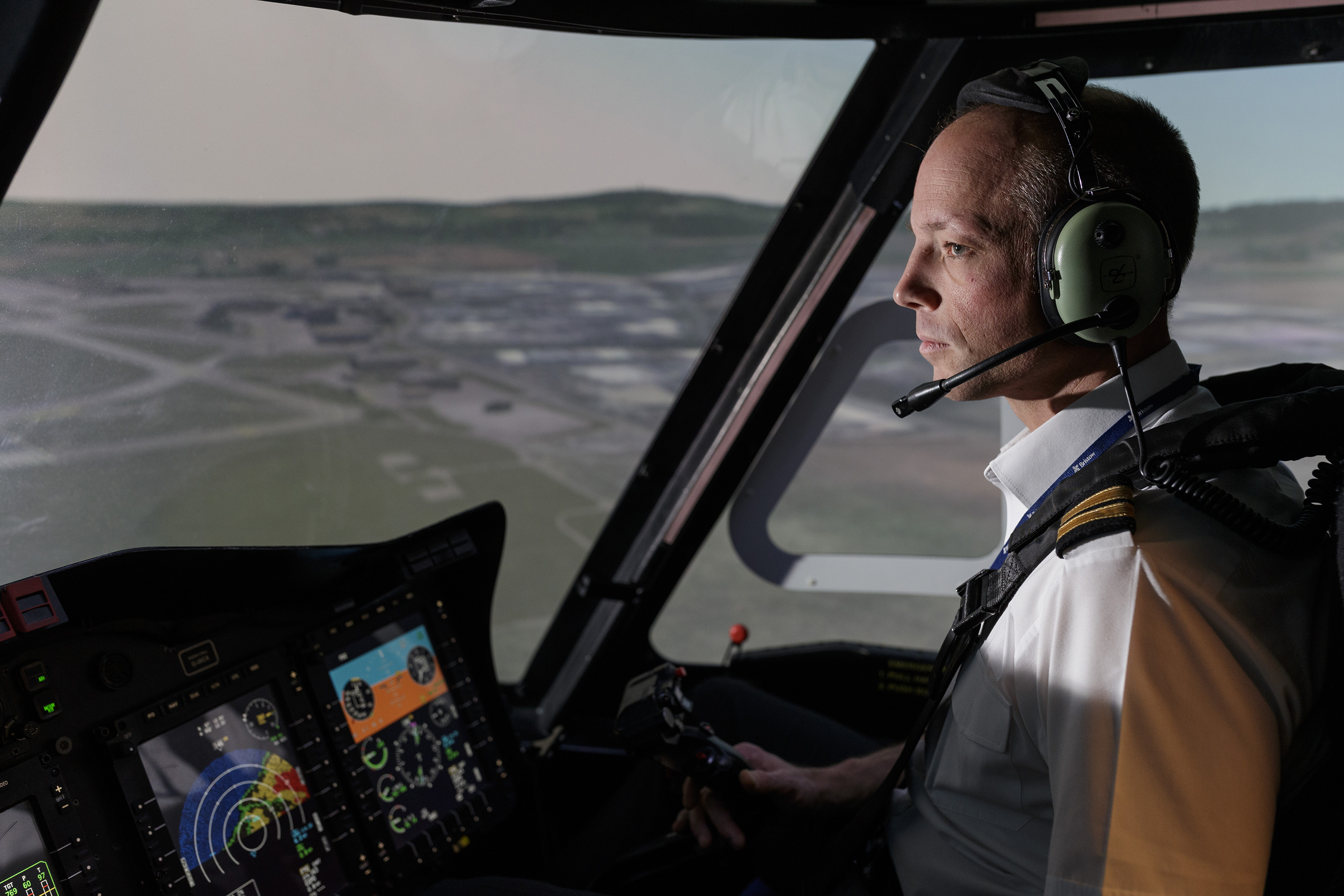 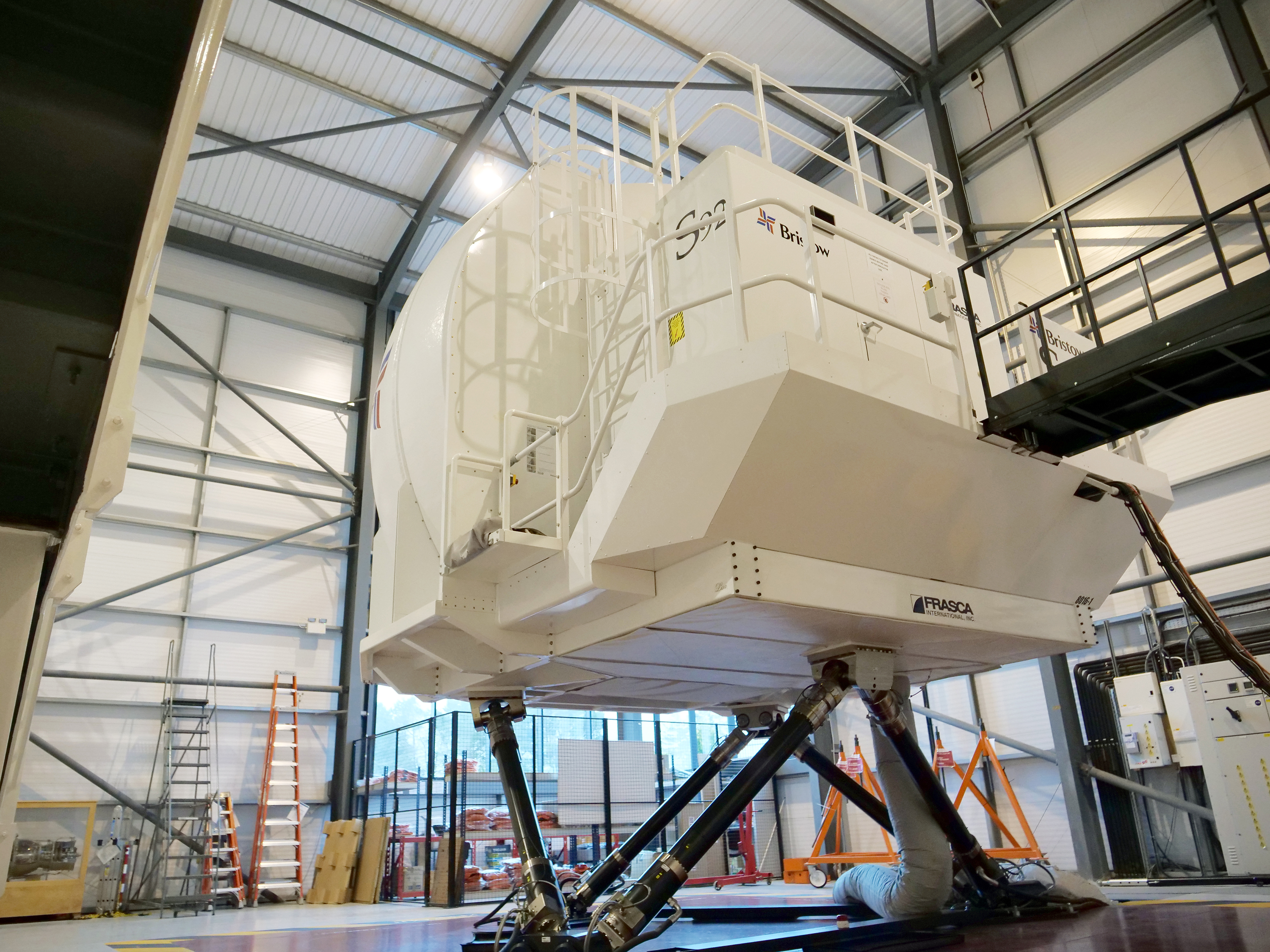 The S-92 simulator is one of the busiest since it is the most popular aircraft in the UK. 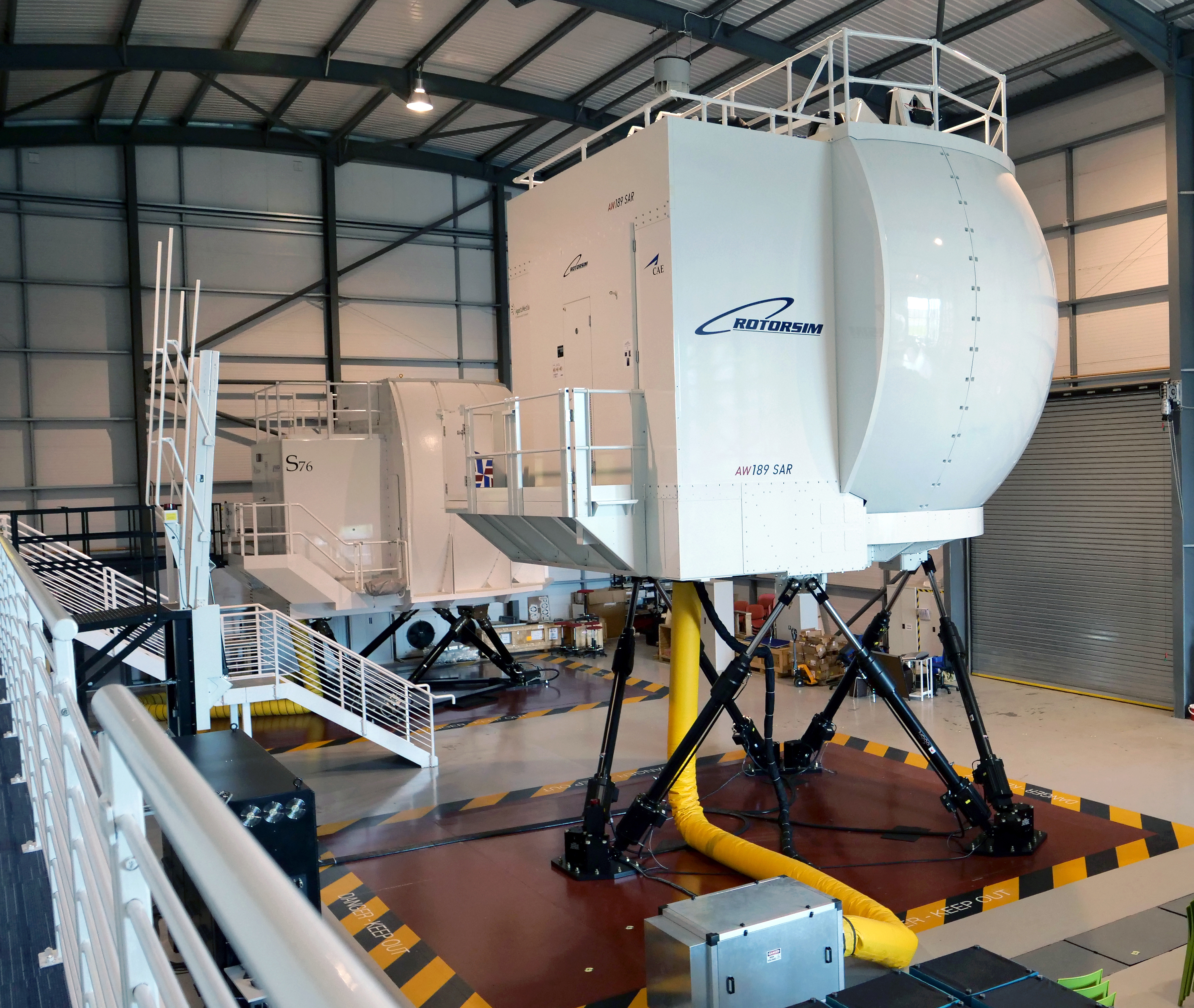 Shown here is the S-76C++ and AW189 SAR simulators at Aberdeen. The S-76 is easy to book by third parties since Bristow does not fly that aircraft anymore in the UK.