Summiting for charity: No mountain is too high for Winchman Darren Jones 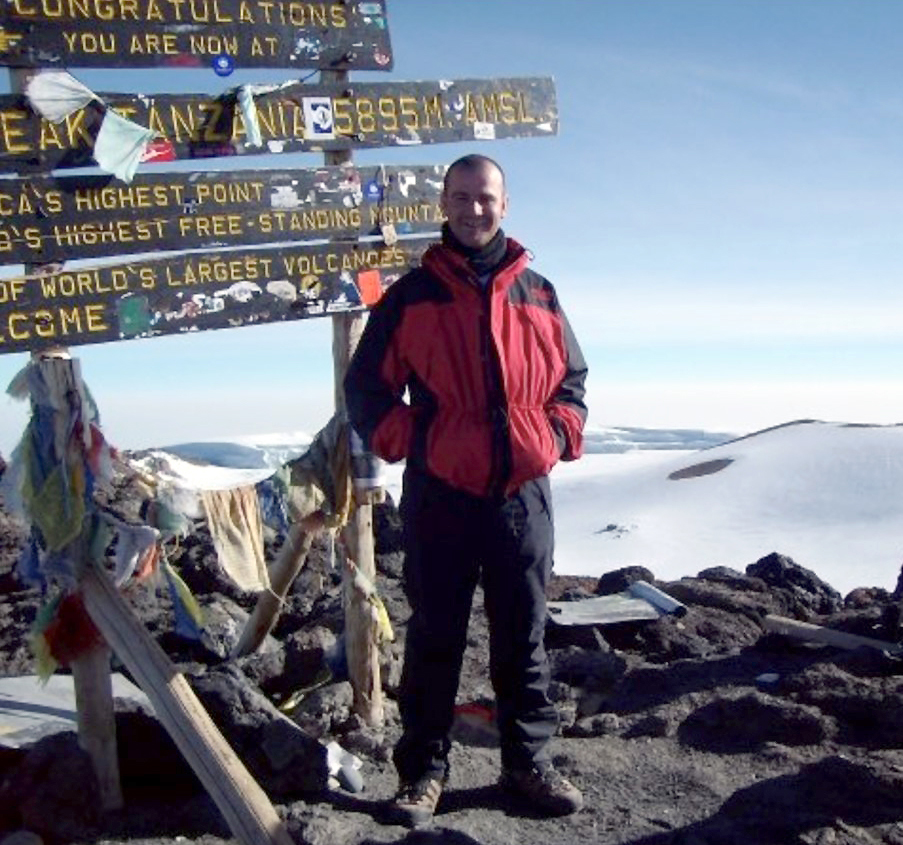 Darren Jones stands at the summit of Mount Kilimanjaro, one of three times he’s climbed the mountain.

As a Technical Crew Paramedic operating out of UK SAR base at Prestwick, and nearly a decade of experience with Bristow, Darren Jones has experienced high-stress and physically demanding situations.

But his desire to help others in need doesn’t stop with his day job. Far from it.

With a bag full of climbing gear, years of climbing experience and the goal of summiting Kang Yatse, a mountain in northern India rising over 20,000 feet on the western side of the Himalayas, Darren prepares to face some of the most difficult terrain and conditions on the planet.

His goal? To summit Kang Yatse as safely as possible while raising awareness and funding for a charity close to his heart: Whiteley's Retreat, an organization providing respite accommodation in Alloway, South Ayrshire for families with children experiencing long-term illness.

“Kang Yatse is the highest mountain I’ve attempted at 6250 meters or 20,625 feet, and it takes eight days to the summit,” Darren said. “The summit day is expected to take 12 and 14 hours alone.”

Darren said that he hopes his experience in the mountains, from both work and personal perspectives, will serve him well for the upcoming climb. He has summitted Mount Kilimanjaro (19,340 feet) on three separate occasions, the first time in 2008 as part of a fundraising project for Cancer Research U.K.

Although Darren has a history of climbing and raising funds, he said that it’s become considerably more difficult in the wake of a global pandemic and the cost-of-living increases.

“Any amount will be hugely appreciated,” Darren said. “Whiteley's Retreat is a fantastic charity and we’re incredibly close to the fundraising goal. We’ll be grateful for whatever people can afford.”

UK donations are also eligible to gift aid, which is the government giving 25 percent on top of donations received. The individual donating must opt in by checking the GIFT AID box.

For more information or to donate, visit Darren’s fundraising page.