“We have eight total and fly six per day,” he said.

His job is to keep the AW139 flying, but Adam doesn’t take anything for granted, at least he hasn’t since diagnosed with a brain tumor in 2015. Doctors performed a 9-hour awake craniotomy in 2015, but they couldn't remove the entire tumor.

Each year since 2015 doctors do an MRI study on Adam’s brain to see if the tumor has changed or grown further. This year, Adam and family got the dreaded news. The tumor had grown and Adam now faced another battle, enduring radiotherapy and then chemotherapy in an attempt to pause further growth, or reduce what still remained.

It was then that Adam’s wife, Sue, knew the family needed support. They would struggle to make it through another turbulent year on their own.

“Radiotherapy has a lot of potentially severe side effects,” Sancaster said. “One of those is losing the ability to speak. I’ve even recorded bedtime stories for my sons in case that happens.”

In the interim, Adam and his wife found an organization called Brainstrust, which has, in Adam’s words, made a marked difference for him and his family. Brainstrust is a U.K.-based charity specifically “to help everyone with a brain tumor, and their families to feel less afraid, less alone and more in control.”
“They have been a Godsend,” Sancaster said. “It’s like having a cup of coffee, and an arm around your shoulder, even though I’ve never met them face to face.”

Adam started treatment on August 22. He doesn’t know when he’ll be able to come back to work, but he’s positively looking forward to sometime in late October, if everything goes as planned.

But unlike 2015, Adam and his family won’t be alone. Brainstrust will help support them, their needs and questions as treatment progresses. Sancaster is looking to fundraise for the organization as his way of giving back.

“Times are rough, so I understand people don’t have a lot extra to share and that’s ok. Any amount is welcomed.”

Sancaster has set up a Just Giving page. All money raised will be sent to Braintrust. https://www.justgiving.com/fundraising/adam-sancaster​​​​​​​ 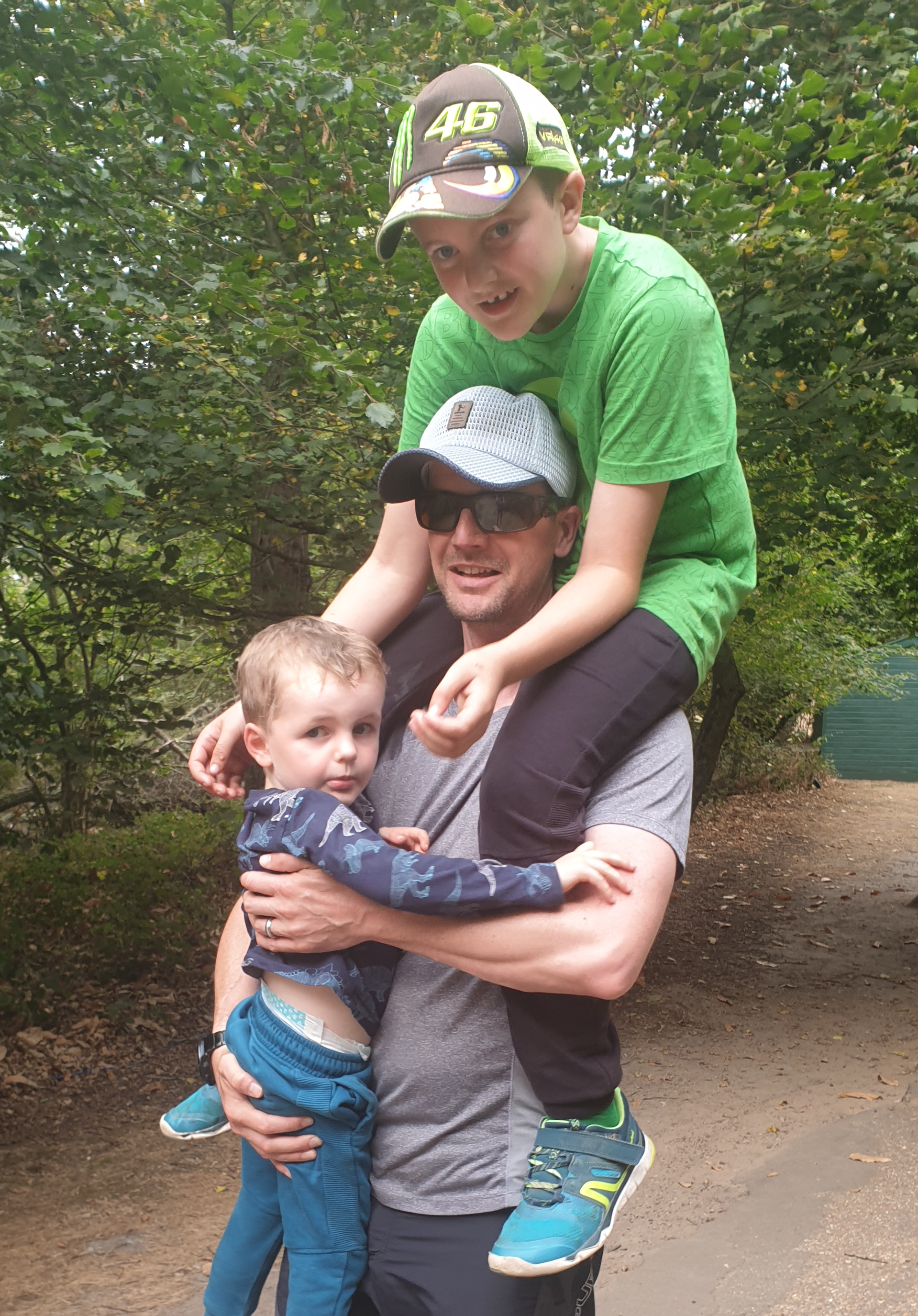 Adam Sancaster holding his youngest son, Hart, while his oldest, Pip, rides on his shoulders.