National Hispanic Heritage Month is observed September 15 – October 15, with celebrations of the history, cultures, and contributions from those whose ancestors came from Spain, Mexico, the Caribbean, Central and South America. Bristow is proud of the diverse cultures and backgrounds our employees represent and feature IFR Captain Juan Bahamon from Colombia. 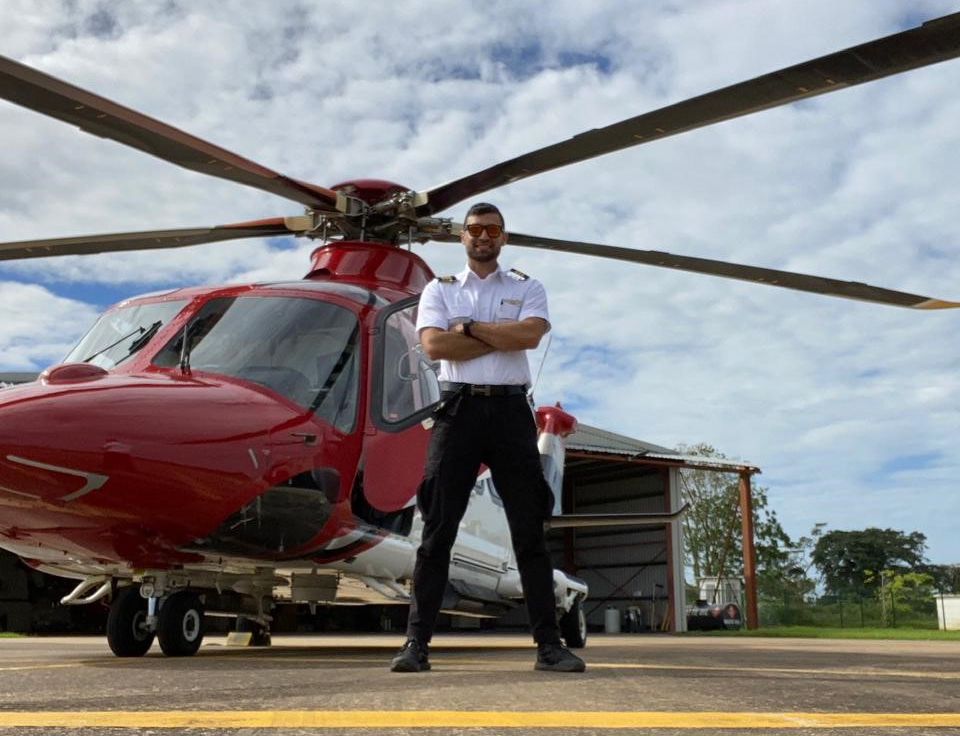 “Since I was little, people would ask me what I wanted to do when I grew up. I would always tell them, “Become a helicopter pilot.’”

Bristow IFR Captain Juan Bahamon was certain of that from the time he could talk. His father, a colonel for the Colombian police, flew helicopters across the country. Juan remembered liking anything having to do with helicopters and flying.

“I even loved the smell of the fuel,” he said. “To this day, that smell of fuel, especially when I start the engines, takes me back to my childhood. It’s incredible.”

The dream Juan had from his earliest memories as a boy in Bogota, Colombia never faded. But becoming a helicopter pilot, like his father, would be more than simply earning his wings. It would be a journey that would test his character, particularly his resilience.

Juan’s first step in his quest meant leaving everything he knew – going to Florida to attend a flight school called Cloud 9 Helicopters in 2013. With limited finances, Juan would have to finish his training and get his commercial license in just eight months.

“The training was really demanding, and because my family and I couldn’t afford it, I had to accelerate the program and work as a waiter to support myself and to help pay for school.”

Despite the tremendous challenges, Juan finished in just eight months and received his commercial rating. But the challenges were just beginning for the fledgling aviator. He began applying for jobs in Colombia. Despite a tenacious search and working non-aviation jobs to support himself, he came up empty. “It’s incredibly difficult to be a pilot in Colombia.”

He waited for nearly three years. Finally, Sicher, a helicopter company in Colombia, called with a Second-in-Command (SIC), or co-pilot position.

“I was so excited to start working with Sicher and resume flying,” he said. “I flew eight months as SIC, until the contract we had, and my opportunity to fly, ended. I was then offered a position as Safety Advisor, which placed me back on the ground.”

Frustrated and determined to find a job flying, Juan saved money and continued to search for opportunities. When he could no longer wait, he made the decision to go back to the US to become a commercial airline pilot. “I figured it would open more opportunities.”

Juan trained and worked toward earning his ratings to prepare for life in the cockpit. Maybe he could fly for Avianca, Colombia’s airline?

Then Covid 19 hit. “I had to stop my pursuit of becoming a commercial airplane pilot,” he said.

With profound disappointment in his heart, Juan turned to his faith and family to cope. He took a job as a Quality Inspector in the flower industry to make ends meet.

But every dark cloud has a silver lining. In 2020, during the height of the pandemic, Juan received a call from Sicher, who needed an EC135 pilot in Colombia. Before he knew it, he got rated to fly the EC135 and was back in the air. But not for long.

As he had experienced numerous times prior, the contract he was flying with Sicher ended, and he found himself once again grounded.

“I said to myself, ‘here we go again.’ It seemed as if my dream to work as a pilot wasn’t going to work out, and I was ready to give up and go back into the flower industry.”

Two days before Juan was slated to leave Sicher, he got a call that would change the direction of his life forever. Bristow Pilot/IFR Check Airman Rodrigo Penaranda, based in Lake Charles, Louisiana, called and told Juan that Bristow needed pilots.

“I was thrilled,” Juan said. “My dream wasn’t done. I was going to do whatever it took to be a part of Bristow.”

That included a written exam, challenging simulation testing and an extensive face-to-face interview. They asked Juan if he was interested in flying for Bristow in Suriname.

“Heck yeah, I told them. I fought with all my soul for this chance. There were days I was ready to give up, but I didn’t, thank God.”

Juan uses a Spanish term unique to his home country of Colombia, called “Berraco,” when he reflects on his journey to be a pilot. Although it has different meanings, Juan explained that it’s descriptive of extremely difficult circumstances and the determination never to give up, or what he called “to be super strong.”

“It’s what our grandparents taught our parents, and what our parents taught us,” he said. “We have no choice but to work hard for what we want, make sacrifices where we must and never quit. Colombia is a beautiful country, but we don’t have a lot of opportunities.”

And thanks to that determination and persistence, today Juan flies the AW139 for Bristow as an IFR Captain in Suriname. He credits his family and his faith, two important aspects of Colombian heritage, in helping him face Berraco. He is quick to praise Colombian culture as one where people really want to help one another.

“If you are living, you serve others. Those are the values I grew up with, and it’s those values that helped me persevere. It’s a trait you’ll experience if you spend time with Colombians.” 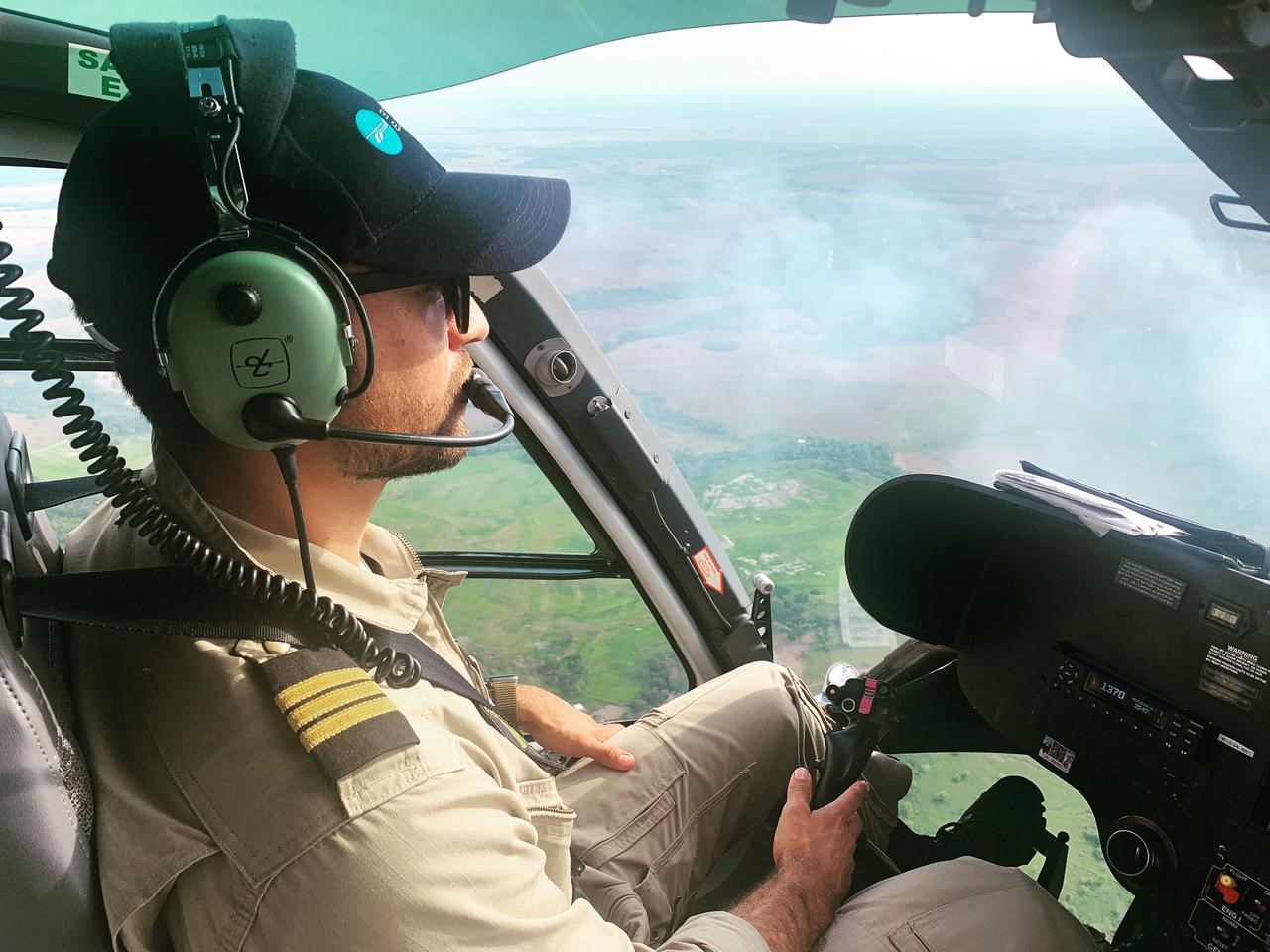