Commendations for bravery have been awarded to Bristow pilots and rearcrew serving HM Coastguard in the UK, as the Shipwrecked Mariners' Society’s Skill & Gallantry Awards returned for the first time since 2019.

Bristow Helicopters operates HM Coastguard’s helicopter service on behalf of the Maritime and Coastguard Agency of the UK Government’s Department for Transport.

The Shipwrecked Mariners’ Society offers support to seafarers and their dependents and has, since 1851, presented the annual awards to recognize the unsung heroes of sea rescue in the UK, alongside those who have given outstanding service to the charity.

The crew of the HM Coastguard helicopter based at Newquay, England, operated by Bristow, received the 2021 and 2022 Edward and Maisie Lewis Awards, which recognise outstanding air-sea rescues. The Newquay team’s awards focussed on responses to major incidents during Storm Ellen in August 2020, and Storm Evert in July 2021.

During Storm Evert last year, over the course of four hours, the Newquay crew was sent to five separate incidents at remote locations around the Scilly Isles, in poor visibility and strong winds, to help six different vessels in distress – safely recovering 11 people.

The rescues included “exceptional airmanship” to extract the five-person crew of a yacht which was at a 45-degree angle after running aground on some rocks. The helicopter team also saved people from an inflatable life-raft who had abandoned another vessel which was taking on water, avoiding a yacht’s mast and rigging to execute a three-person lift.

Winch paramedic Mark Hughes – well known to colleagues as Spike – received an individual commendation for his efforts to recover a casualty from a Danish fishing vessel 75m west of Shetland, in June 2021. Mark is part of the HM Coastguard helicopter crew based at Sumburgh, Shetland in Scotland.

Captain Justin Osmond RN, Chief Executive of the Shipwrecked Mariners’ Society, said: “Mark Hughes’ calmness and professionalism in dealing with a serious medical emergency, while waiting for additional assistance is worthy of significant recognition. Despite his actions taking place in very unpleasant conditions, he remained calm and focused throughout.”

He added the Newquay HM Coastguard helicopter crew demonstrated “outstanding airmanship, professionalism and crew co-operation, combined with outstanding bravery and determination” during both rescues in 2020 and 2021 honoured by the two Edward and Maisie Lewis awards. 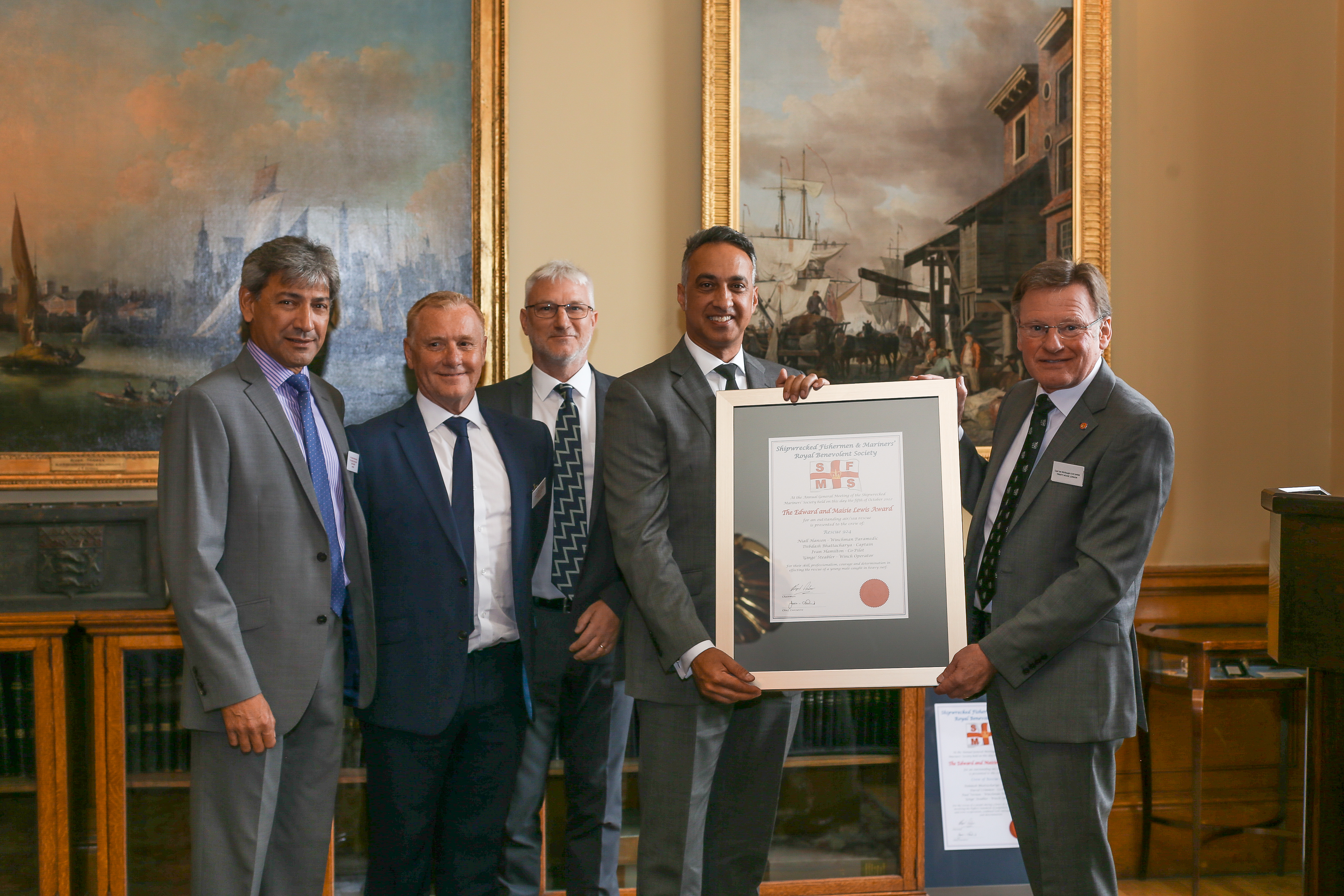 Bristow’s crew, who operate the HM Coastguard helicopter at Newquay, which carried out the Church Cove rescue in 2020 were presented with the 2021 Edward and Maisie Lewis Award by Captain Ian McNaught, Deputy Master of Trinity House. 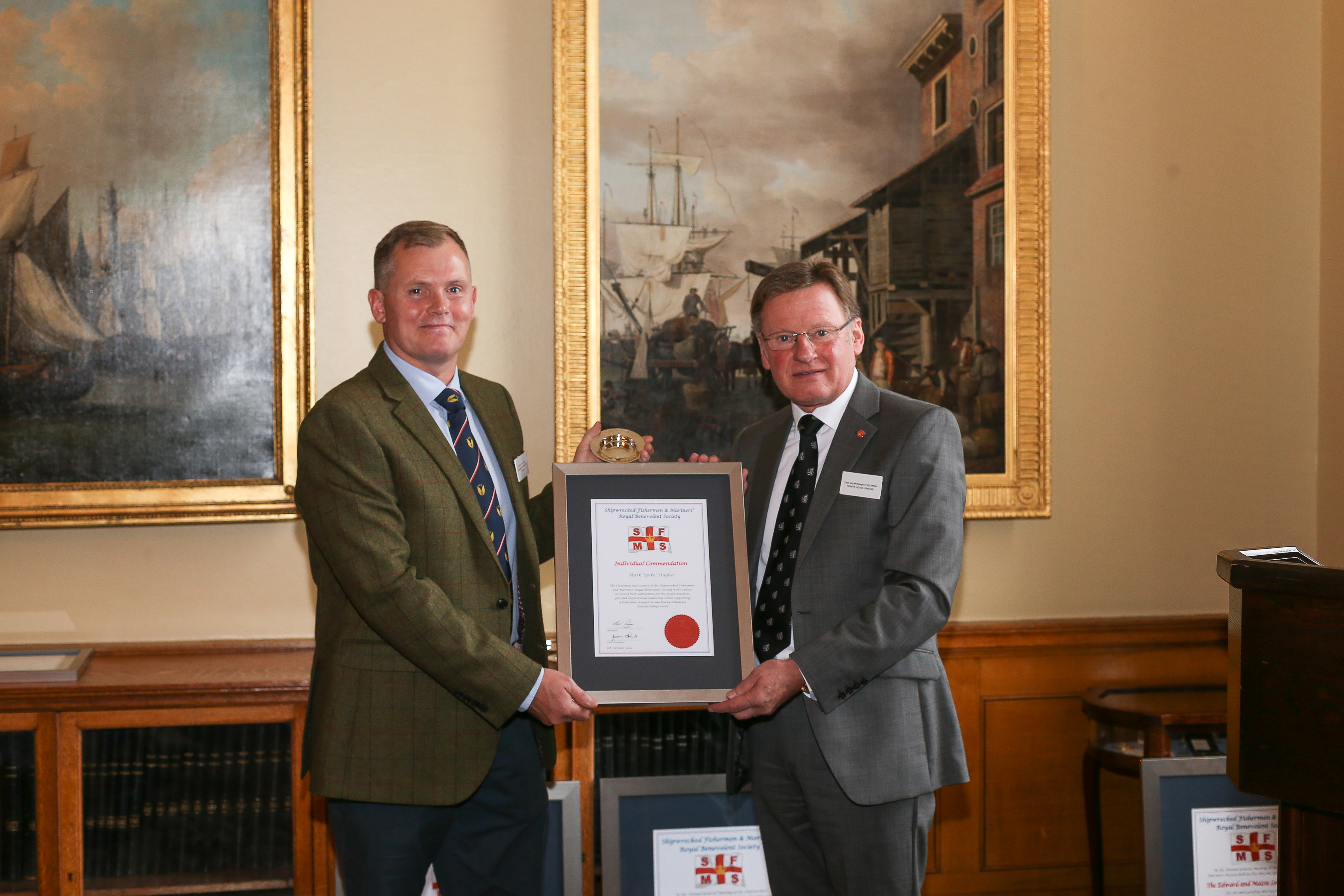 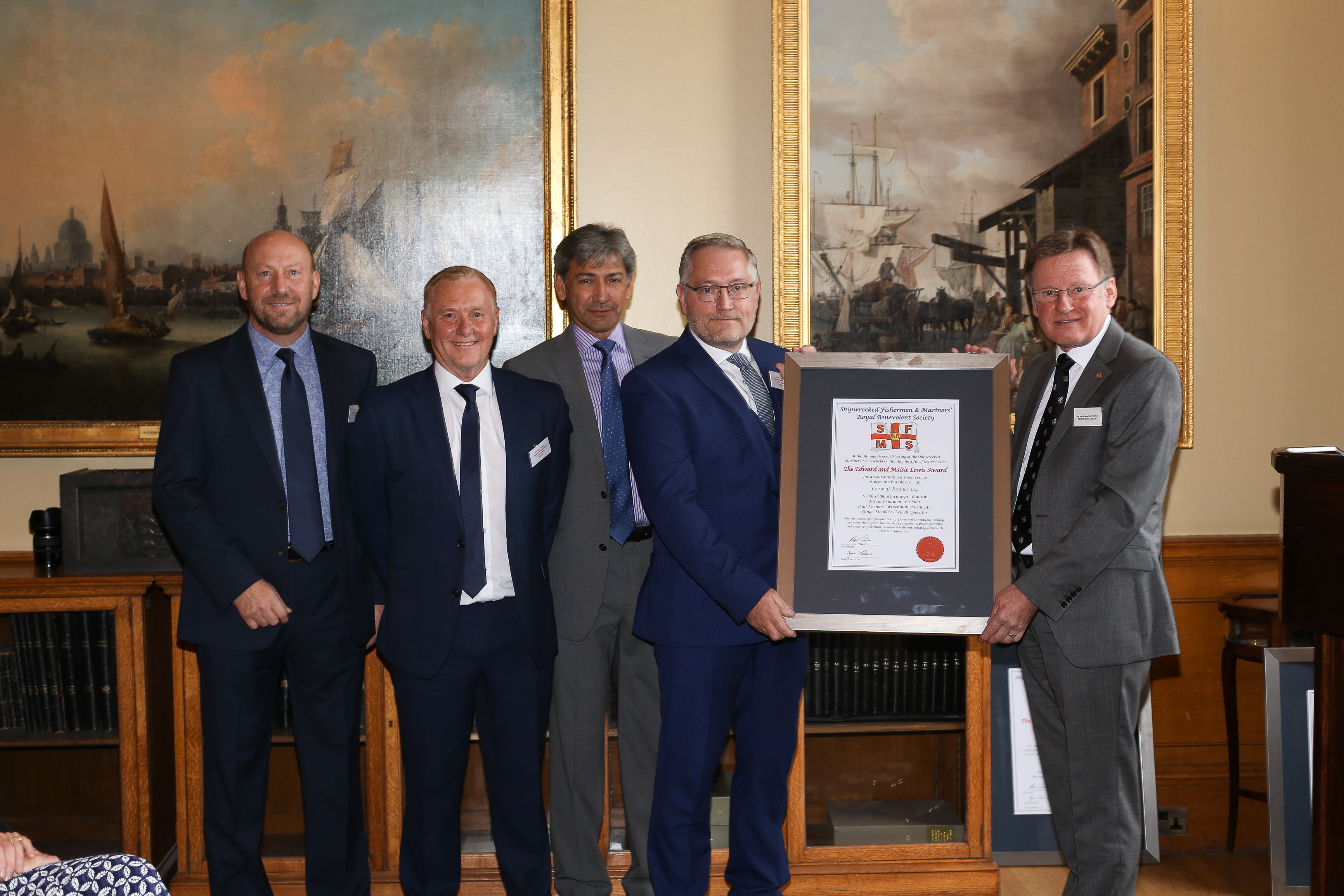 Bristow’s crew, who operate the helicopter at Newquay for the HM Coastguard, were presented with the 2022 Edward and Maisie Lewis award at the Shipwrecked Mariners’ Society annual Skill & Gallantry Awards by Captain Ian McNaught, Deputy Master of Trinity House.