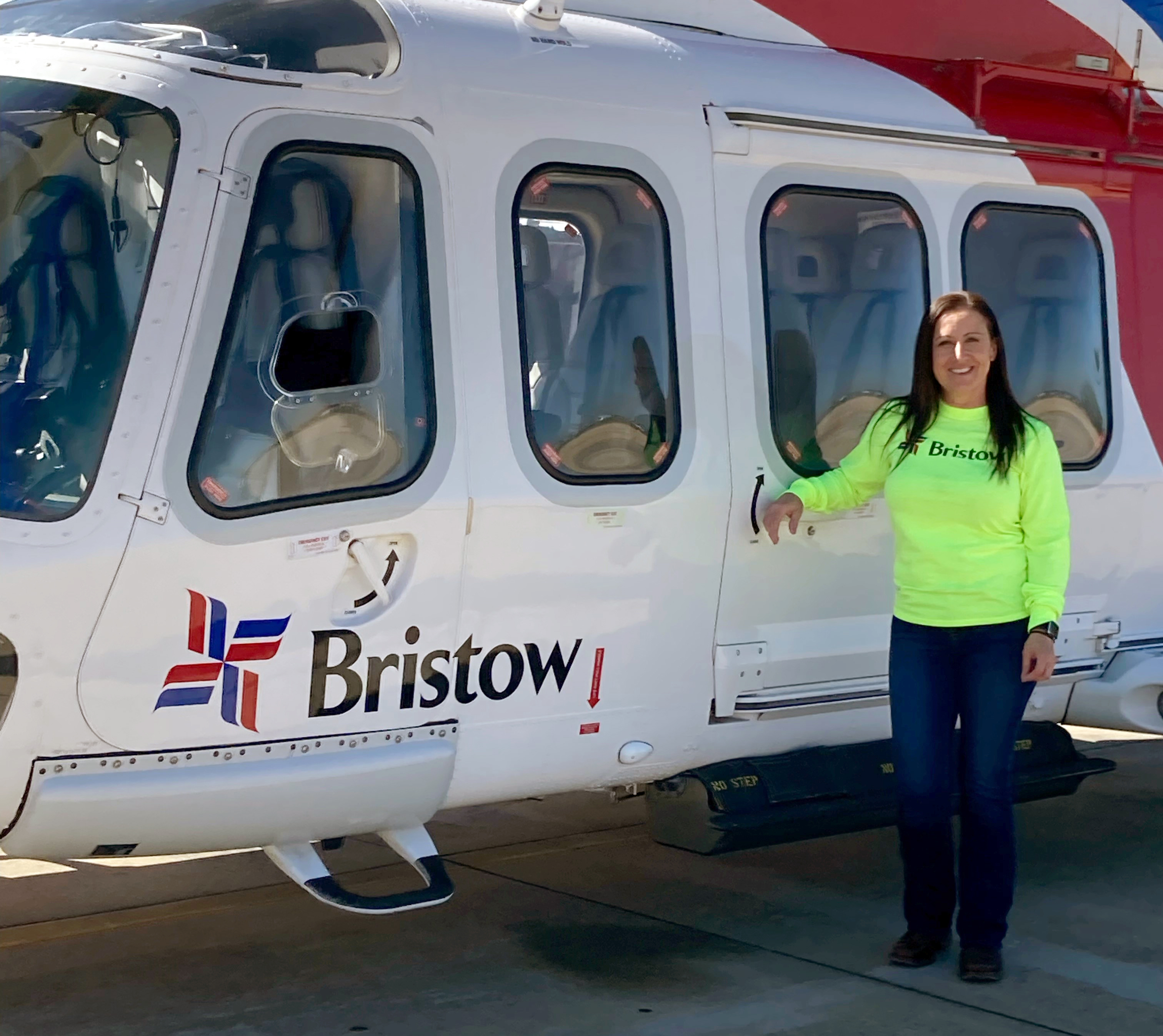 Native American Heritage Month in November honors the significant contributions the first Americans made to the establishment and growth of the U.S.

“I’ve been working on the flight line for nearly nine years and this place is like a second home to me,” she said. “I take a lot of pride in what I do.”

Luster handles a variety of tasks, but her primary responsibility is to ensure that flights are loaded properly and can depart in a timely fashion to various offshore platforms in the Gulf of Mexico, an often stressful and demanding responsibility.

“Our success stems from having an amazing team that works hard, daily, to ensure quality customer service and the safety of our crews and passengers,” Luster said.

But the pride that’s instilled within her goes far beyond Bristow’s operations in Houma. It’s part of her identity and it has an attachment to the region, culture, and her family that reaches back generations.

Luster is a Houmas Indian and part of the United Houma Nation, an indigenous Tribe serving as the namesake for the town of Houma, Louisiana, which was founded in 1834. According to Luster, there are approximately 19,000 United Houma Nation citizens throughout southeastern Louisiana.

Records indicate that Europeans first encountered the Houmas Indians in 1686.

Luster said that her grandparents and mom spoke “old-world” or “Houma French,” a dialect that linguistics and language experts are currently studying to preserve and better understand the origins and nuances.

Like many Native American Tribes, the Houmas Indians faced substantial discrimination and were subject to treatment as second-class citizens. In fact, Houma children were not permitted to attend public school up until 1963, shortly before the passage of the Civil Rights Act of 1964.

Prior to that, the Houmas attended Indian schools or “settlement schools” as they were referred to, which offered up to a seventh-grade education and were staffed by uncertified instructors.

In fact, one of Luster’s uncles was the first Houmas Indian to graduate the local Catholic school. Today he serves as a Methodist Minister.

Despite the historical hardships that the Houma Nation faced, Luster’s family has maintained strong ties to their heritage and to the Houma Indian community. Luster’s mother, Janie Luster, is a renowned Houma artist, basket weaver, and cultural preservationist.

She’s known for her beautiful jewelry and artwork, using the scales of alligator garfish, found in great numbers within the brackish backwaters of Louisiana.

“We lived on the bayou and mom had a cousin that would actually catch the garfish to sell the meat,” Luster said. “He would bring those sharp scales to my mom, and her way of cleaning them was letting Mother Nature run its course.

“As a child, I can remember the rotting, gosh-awful smell in the backyard. But for an ugly fish to make such beautiful artwork and jewelry, people just can't believe it.”

Janie is also credited for reintroducing the Houma Half-Hitch Palmetto basket weaving technique to the United Houma Nation, a method she learned from Richard Conn, former Chief Curator of Native Arts at the Denver Museum of Art. The Houma Tribe is the only one in the U.S. that practices this technique that was lost in the early 1940s.

Janie and her daughter, Ann (Adele’s younger sister), have traveled twice to France, as well as festivals nationwide to present their jewelry and crafts while representing both their Houma Nation and the state of Louisiana.

“I am incredibly proud of my mom,” Luster said. “She’s not only unbelievably talented, but she’s been a great influence for my sisters and me, and for our entire Nation.”

In keeping with customs, Janie has passed on her artistic prowess to Adele and her two sisters, Angela and Ann, in addition to her granddaughters. Janie also teaches others in her tribal community as a way of helping to sustain the rich traditions of the Houmas Tribe for generations to come.

“I love the traditions of our People,” Luster said. “As children, my grandmother and mother played with dolls (called ‘catin’ in traditional Houmas French) that were made from Spanish moss collected in the area.

“I grew up eating file' (pronounced fee-lay) gumbo that was cooked with fresh file' grown by my grandmother and fresh shrimp caught by my grandfather. We have a lot of Cajun influence.”

Luster carries a deep sense of pride, both in her heritage as well her role as Lead Line CSR for Bristow. We salute Luster, her family, and the United Houma Nation to mark Native American Heritage Month. 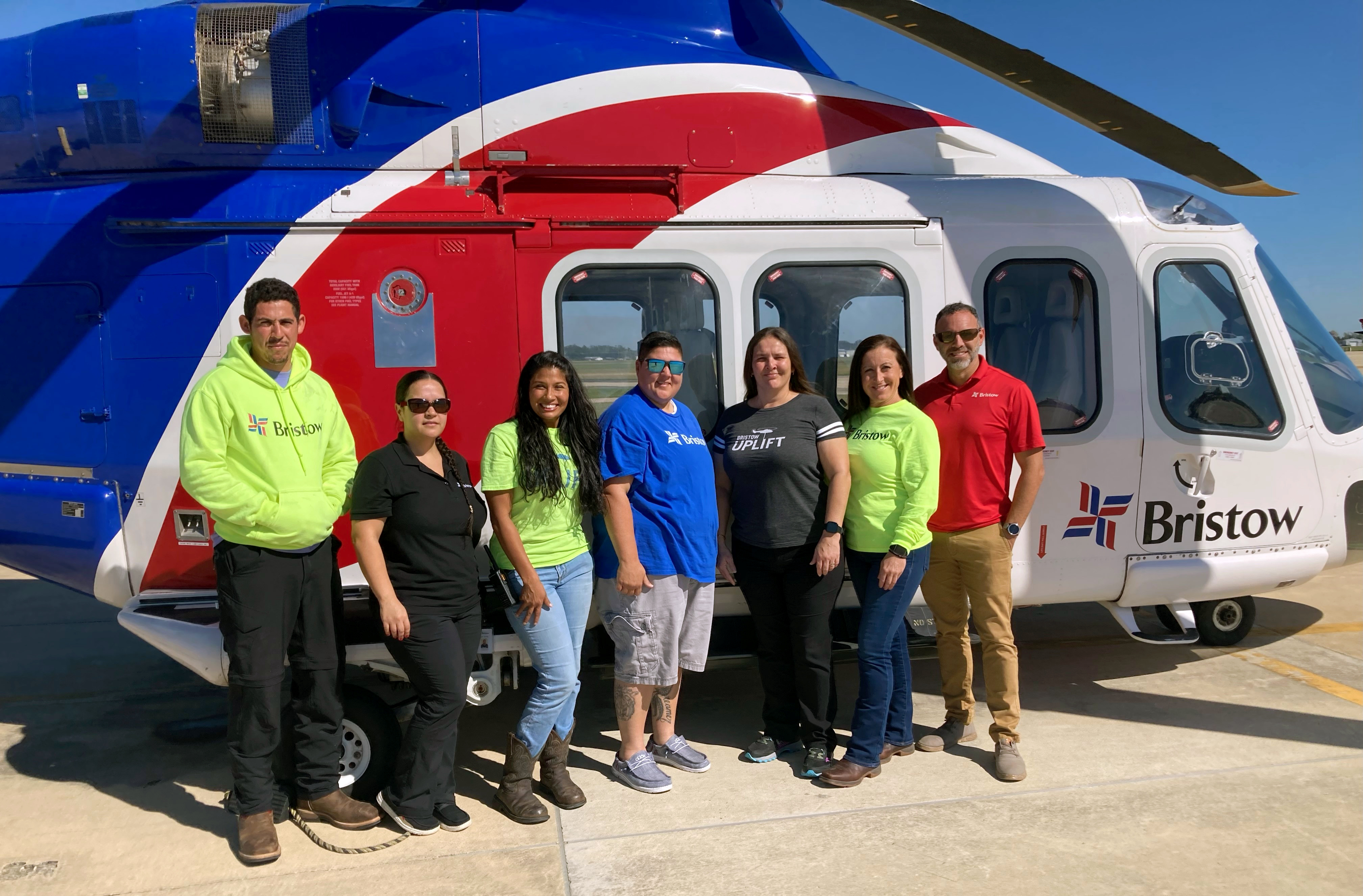