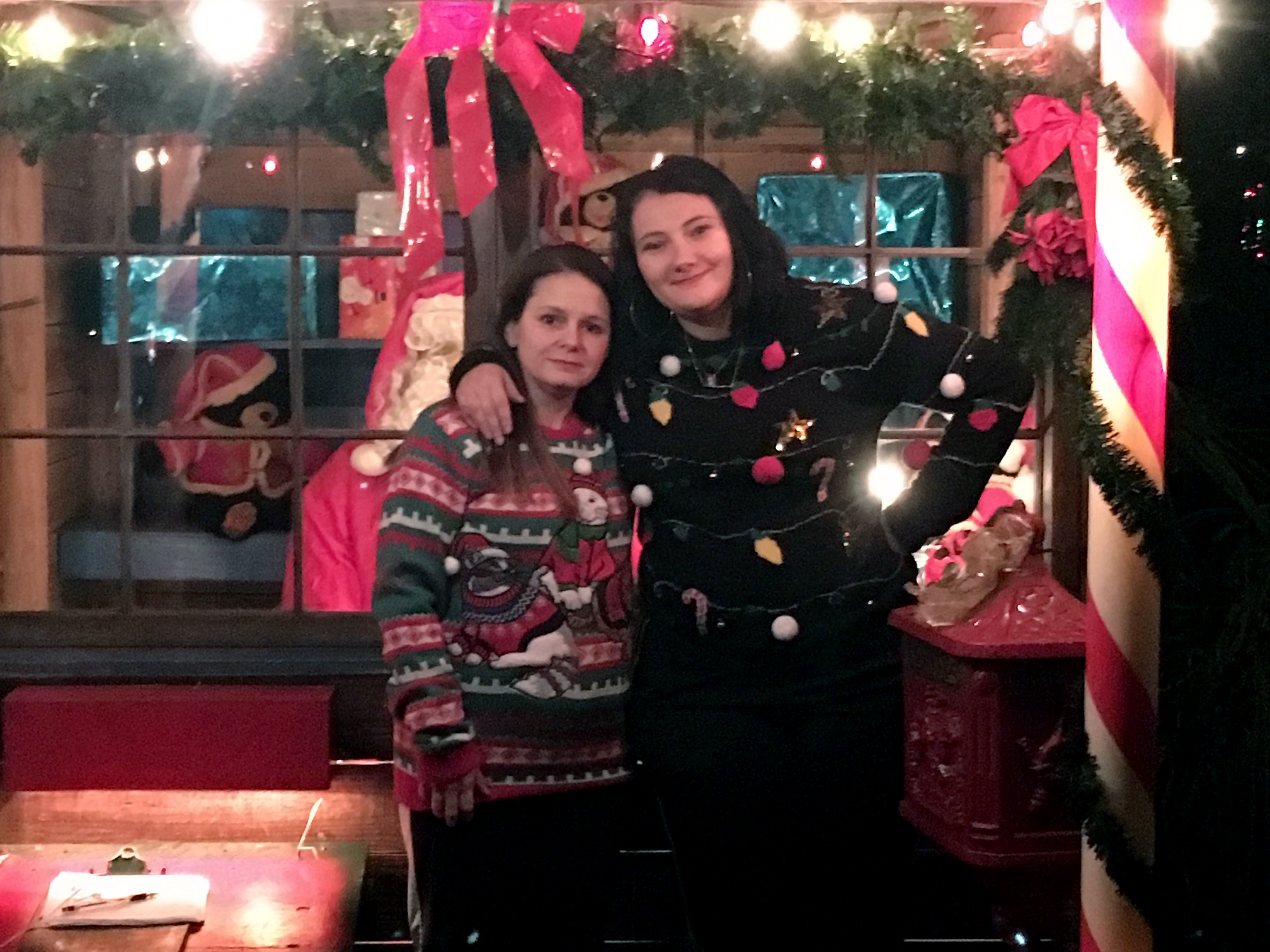 Tiffany Dugas, left, with her daughter, Sami, at Christmas

Most people aren’t aware that November is Epilepsy Awareness Month. It’s likely that unless you live with epilepsy, or you are close to someone who does, you seldom reflect on the condition.

For Bristow’s Tiffany Dugas, a Senior Decision Support Analyst in New Iberia, Louisiana, epilepsy is responsible for the worst day in her 50 years of life, a day that changed the lives of the entire Dugas family forever.

Her 23-year-old daughter, Samantha (Sami), passed away suddenly and unexpectedly after suffering an epileptic seizure a little more than one month ago. Sami was Tiffany’s only child.

Sami leaves behind two children, Rylie, 2, and RJ, 1, and her fiancé.

“Sami started having seizures at age 14, so she lived with epilepsy for about 10 years,” Dugas said. “No doctor ever told me that you could die from it.

“Sami was home alone with her two children when she suffered the fatal seizure. Doctors believed she vomited, which then impaired her ability to breathe.”

Attempts by first responders to revive her proved futile.

Sami had called her mom that morning complaining of a headache and slight dizziness.

“We weren’t overly concerned -- it was nothing out of the ordinary,” Dugas said. “She was outside blowing bubbles with the kids. I told her to be careful and that I loved her. Those are the last words I said to her.”

That evening, Dugas received a call from Sami’s fiancé that she had had a seizure.

“I was like, ok, this has happened a few hundred times over the past 10 years,” Dugas said.

“I dropped my cell phone, I dropped my bottle of water, and I began screaming,” Dugas said. “It was a feeling of disbelief and shock.”

Dugas remembers her daughter as always having a smile on her face, and as an empathetic soul who loved helping people through her support of various charitable causes, in addition to a deep passion for music and animals.

“She adored the monarch butterflies I raise each year, and she would want to FaceTime to see their release if she wasn’t here in person.”

Sami’s passing leaves behind her two young children and a number of expenses, including funeral costs. A GoFundMe page has been established to help the family in this time of crisis for those who’d like to contribute.

Her purpose for wanting to share her daughter’s story is to help others and raise awareness around epilepsy, especially during the month where the condition is highlighted.

In particular, Dugas encourages others to get certified in Seizure Recognition and First Aid, an on-demand course accessible HERE.

The 90-minute training will increase a person’s knowledge, skills and confidence in recognizing seizures and safely administering seizure first aid.

Why is that important? Knowing how to help someone during a seizure can make a difference and save a life.

While there are many different types of seizures, people who experience them may be confused, not aware of what is going on, or unconscious. A person could get hurt during a seizure, a seizure could last too long, or the seizures could cluster.

According to the Centers for Disease Control, seizures are more common than most people realize. About one in 10 people will suffer a seizure in their lifetime.

Below is a poster that outlines seizure first aid, and is available for download in several languages HERE. ​​​​​​​ 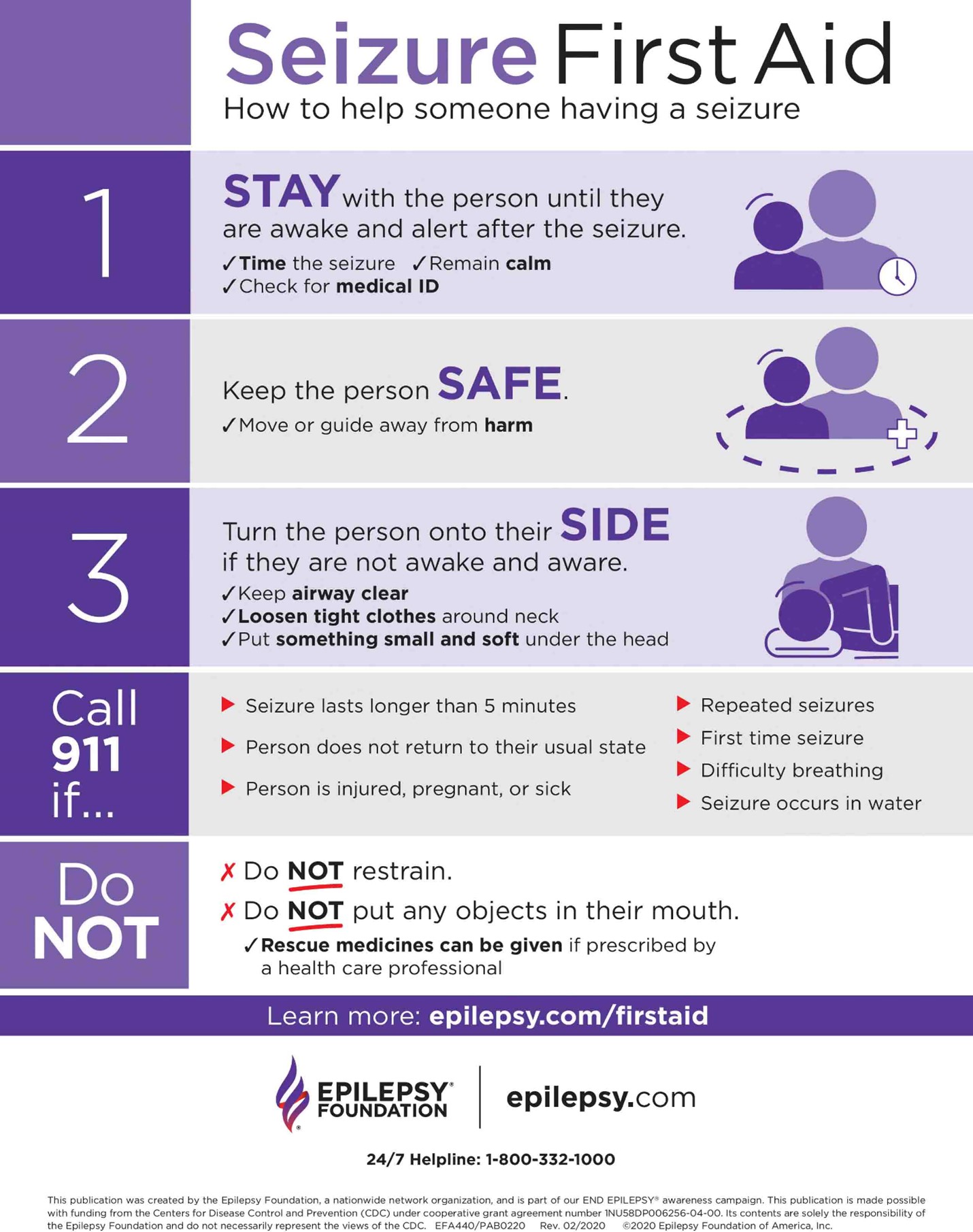 To learn about epilepsy and how you can participate in various activities during November to spread awareness, visit the National Epilepsy Awareness Month site. 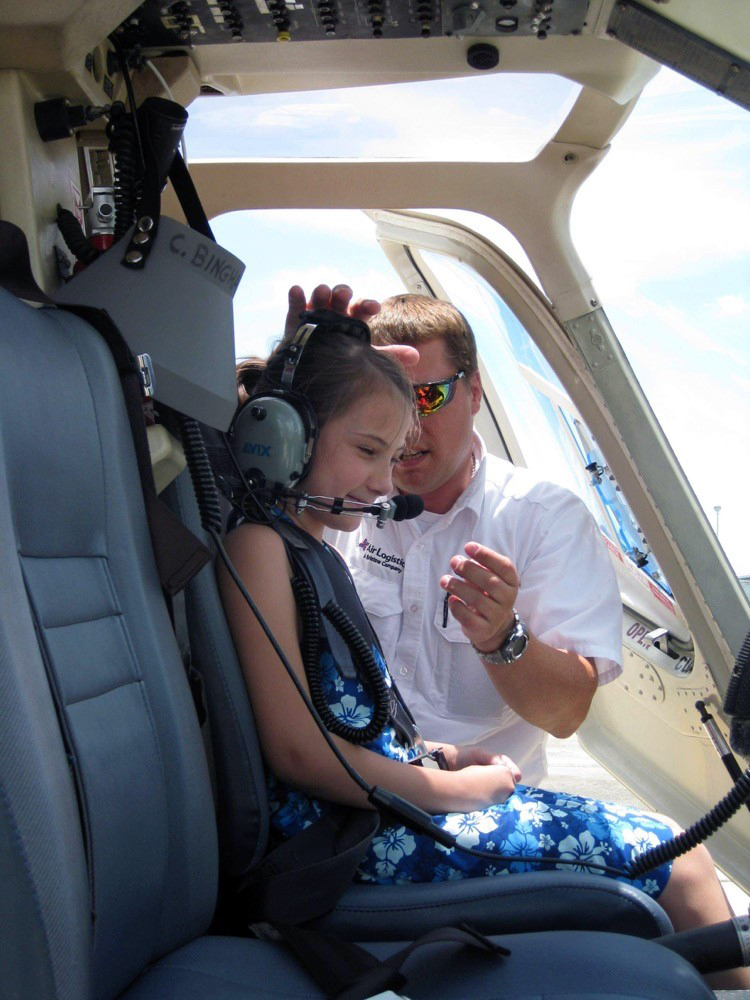 Sami sits in the captain's seat of a Bristow Bell 206 helicopter in 2008, when she was just nine. Tiffany said this day, this experience, was a memory her daughter treasured throughout her life.