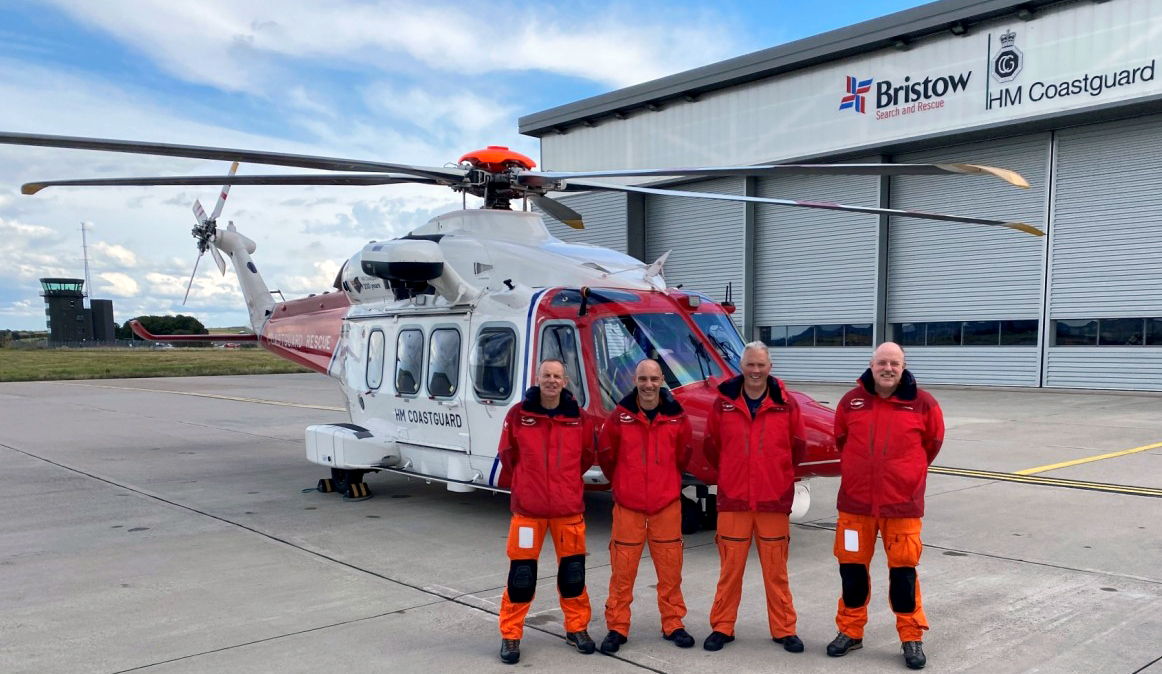 Now in its 44th year, the Prince Philip Helicopter Rescue Award is presented by the Honourable Company of Air Pilots for outstanding courage or devotion to duty in the course of land or sea search and rescue operations. This prestigious award is open to the entire global SAR community making the standard for recipients particularly high.

So huge congratulations are due to this year’s winners: the Inverness crew of Rescue 151 - Captain Rob Green, Captain Simon Hammock, Philip Caudle and Duncan Tripp.

On March 2, the team responded to reports of a 28-year-old male who had fallen on Ben Nevis - the UK's highest mountain. However, on arrival it soon became clear the incident was much bigger and more complex than first reports suggested, with multiple casualties stranded on the mountain in dangerous weather and, tragically, one fatality.

By the end of their shift, the team had helped rescue 24 casualties in extreme, hostile conditions, where driving snow, gale-force winds and treacherous terrain meant everyone involved had to perform to the very highest standards of teamwork, while also displaying individual skill and bravery.

Click here for the full story of the crew’s actions which led to the award.

In presenting the award, the Honourable Company of Air Pilots noted: The winchman’s actions on the mountain side demonstrated selfless tenacity and bravery in the face of the most demanding situation.  However, the entire crew, faced with a developing multiple casualty scenario, displayed the highest standard of crew-cooperation, judgement and handling skills to ensure a safe outcome for those in danger.

Director UK SAR, Neil Ebberson said: “The team did everything a first-class SAR crew would that night – and much more besides. What initially sounded like a fairly routine afternoon quickly turned into a major incident, with incredibly hostile conditions and multiple casualties all requiring aid. The need for a technical response as well as brave, selfless actions made it a truly demanding incident, and the team responded flawlessly. ​​​​​​​

“They are a credit to the global SAR community and worthy recipients of this prestigious award.”