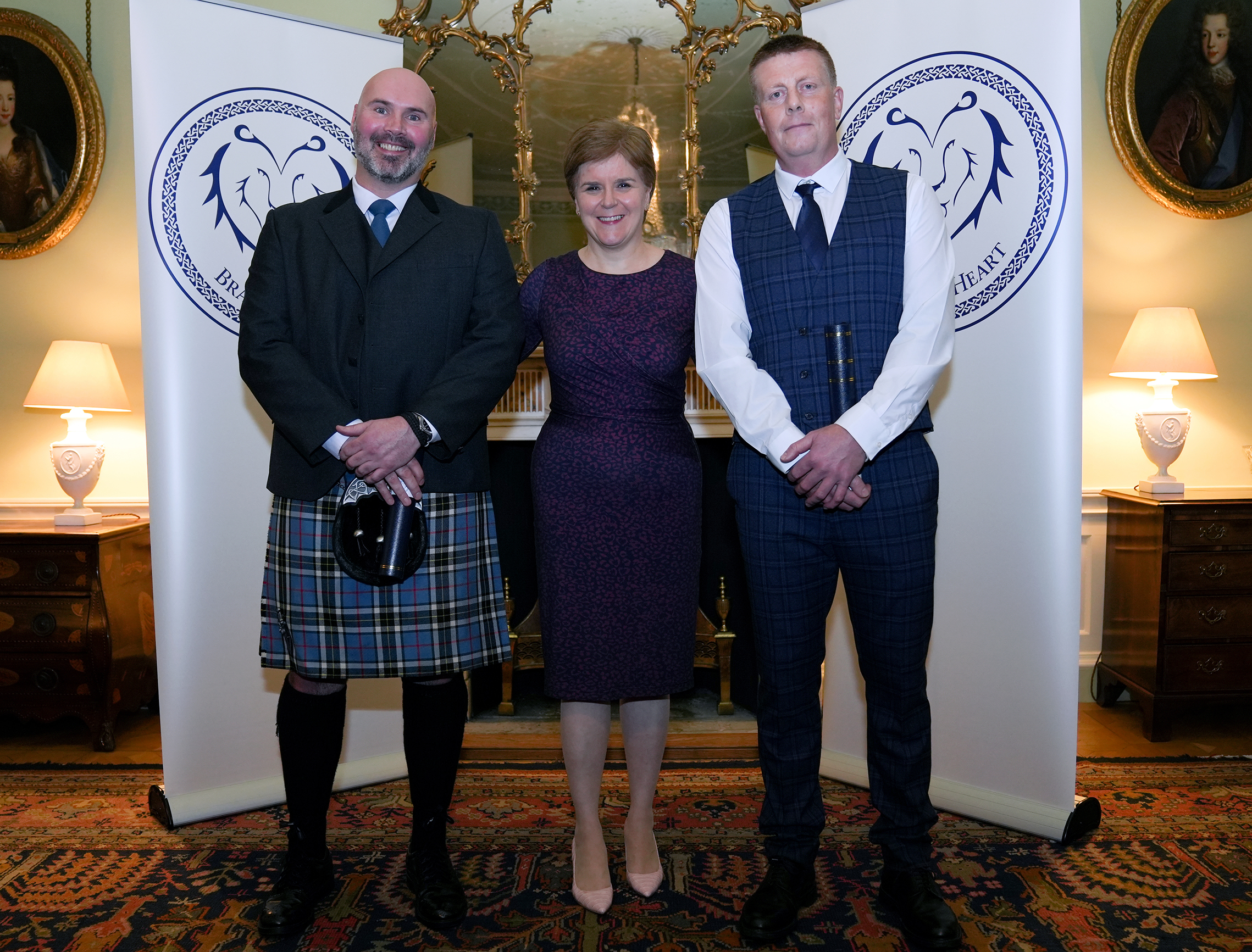 HM Coastguard SAR specialists were among 16 people presented with a prestigious Brave@Heart award by the First Minister of Scotland, Nicola Sturgeon.

On June 7, 2021, Winch Operator Craig Thomson and Winch Paramedic Josh Williams, the Technical Crew of the duty SAR crew at Inverness, took extraordinary actions to save a woman’s life.

The woman, who suffered from a neurological disorder, had fallen while out walking and became completely trapped in boggy ground.

The team responded to her emergency call but by the time they found her, the woman was submerged neck deep in the quicksand-like ground. She was in a dangerous situation and was buried so deeply that she couldn’t be safely winched by the aircraft.

So Josh and Craig both left the aircraft and, risking getting stuck themselves, managed to reach her on foot. With tremendous effort, care and patience, they eventually managed to safely extricate her from the dangerous boggy ground.

The woman was winched on-board where, despite being exhausted, injured and soaked, Paramedic Josh provided critical care during the flight to hospital.

UK SAR Director, Neil Ebberson, said: “Craig and Josh certainly saved a life that day.  While they didn’t have the specialist rescue equipment needed for mud rescue, through training and experience, they improvised what they had available.  Operating in extremely dangerous, hazardous conditions they put everything into the rescue. Modest about their actions during the rescue, it is fantastic to see their actions recognised by the Scottish Government.”

Speaking after the award ceremony at her Bute House residence in Edinburgh, the First Minister hailed the recipients as “an example to the whole of Scotland.”

“Presenting these awards is an honour for me and I’m extremely happy to be able to recognise those who put their lives at risk to save others in person once again,” she said.

The Brave@Heart awards recognise acts of bravery and heroism across Scotland with nominations made by the emergency services and winners selected by an independent validation panel.