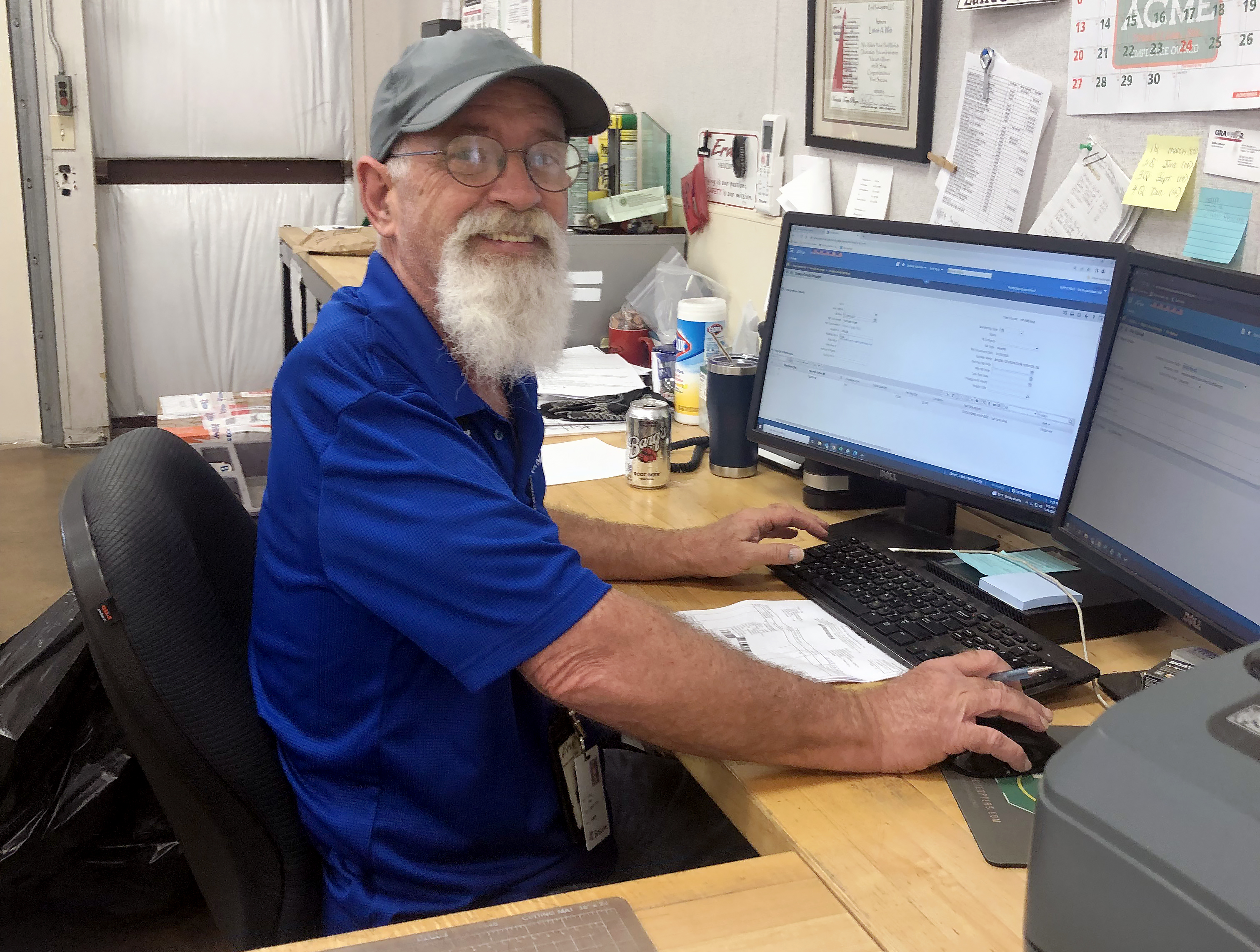 When Lance Weir first walked through the doors at Era Helicopters in September 1987 to begin work as a Supply Clerk in Lake Charles, Louisiana, a litre/gallon of gas was 1.89 pounds in the U.K. and 89 cents in the U.S.

“Times have definitely changed,” Weir, now Receiving Administrator at Bristow, said while laughing and thinking back on his 35 years with the company.

But a lot more than the price of fuel has changed during Weir’s three-and-a-half decades with both Era and Bristow.

“Back then we didn’t really have specific job titles, we were just Supply Clerks who more or less did a lot of everything,” he said. “When I came to interview for the position, the interviewer was an actual working pilot who also handled HR responsibilities. He did the interview, hiring, and the whole nine yards!”

Weir remembers the fleet flying the Gulf at the time, the B-412 and the Bo-105, a German-made light, twin-engine aircraft.

“I actually did some purchasing way back then too and trying to communicate with the Germans for Bo-105 transmission parts was a major undertaking,” Weir said. “We luckily had a guy that could speak German, and he’d have to come into the office and translate for me.”

While celebrating 35 years at Bristow, Weir has 40 years in the industry, having first worked in Departure for five years at competitor PHI in Lafayette, Louisiana. Born in Michigan, Weir married while working at PHI before relocating back to Michigan in 1985, and then back down to Louisiana in 1987 before being hired at Era.

As Receiving Administrator in Lake Charles, he is currently transferring legacy inventories from SAP to Ramco, which are computer systems. He says he occasionally gets asked, in jest, if he “still remembers the rock and chisel.”

“I say no, but I do remember using recipe cards to track our inventory.”

Weir said that when he first started working, inventory was managed through “little recipe cards,” each with a part number on it. When somebody requested a part, he pulled the appropriate card and noted, by hand, how many were going out and the aircraft number where they were headed. Similarly, when a part came in, the relevant card was pulled, and totals updated.

“Everything was handwritten, so I was crossing things out and putting in new totals every time there was a change in quantities,” he said. “But hey, it worked, it did the trick. We didn’t know what we didn’t have compared to today.”

During his tenure, Weir said a few things stand out. One of those was the chance to travel in support of his work. That included trips to Alaska (where Era Helicopters was founded) and bases throughout the enterprise. His most recent trip was in support of Bristow’s newest operation -- providing SAR support for the Netherlands. He and a colleague traveled to Dan Helder to set up a “parts room” for the base.

“I will also never forget being part of the team that closed down our base in New Iberia,” he said. “We disposed of and dispersed parts, getting them sent to other locations or selling them, all in record time. People were amazed.”

When he’s not working, Weir is a grandfather and also loves to fish for perch at Toledo Bend Reservoir, a 185,000-acre lake on the Sabine River between Texas and Louisiana.

Weir and his wife, Bonnie, have been married for more than 40 years. They have three children and 11 grandchildren. Recently, Weir was able to attend the Marine Corp graduation of his oldest grandson, an event he called one of his proudest moments as a grandfather. ​​​​​​​

So what has kept Weir at the same employer for 35 years?

“Bristow’s a good company to work for. I believe our senior leadership is taking us in the right direction, particularly when things seem uncertain.

“But mostly it’s the people I work with at Lake Charles, we help everybody. Everybody helps everybody. If somebody gets finished with what they're doing, they go help somebody else and it's almost like a family,” Weir said. “I’ve also been fortunate to have good, supportive leadership.”

Weir says that he’s learned over 35 years that there’s never a dumb question, and that employees should always feel comfortable speaking up.

“It’s better to ask and do it right than try to figure something out and wind up doing it wrong,” he said. “I always tell that to our younger workforce, and I remind them not to let everyday things get them down. Everyone has a bad day, so you have to learn from it and move on.”

And Weir has. Thirty-five years later, he has no plans to retire. And that’s just fine with him.

“You know, that’s another thing that’s changed with the times. When the company was smaller, everybody knew everybody, even across bases. Now many people I’ve known have retired, and new people are coming aboard,” he said. “It’s really kind of nice.” 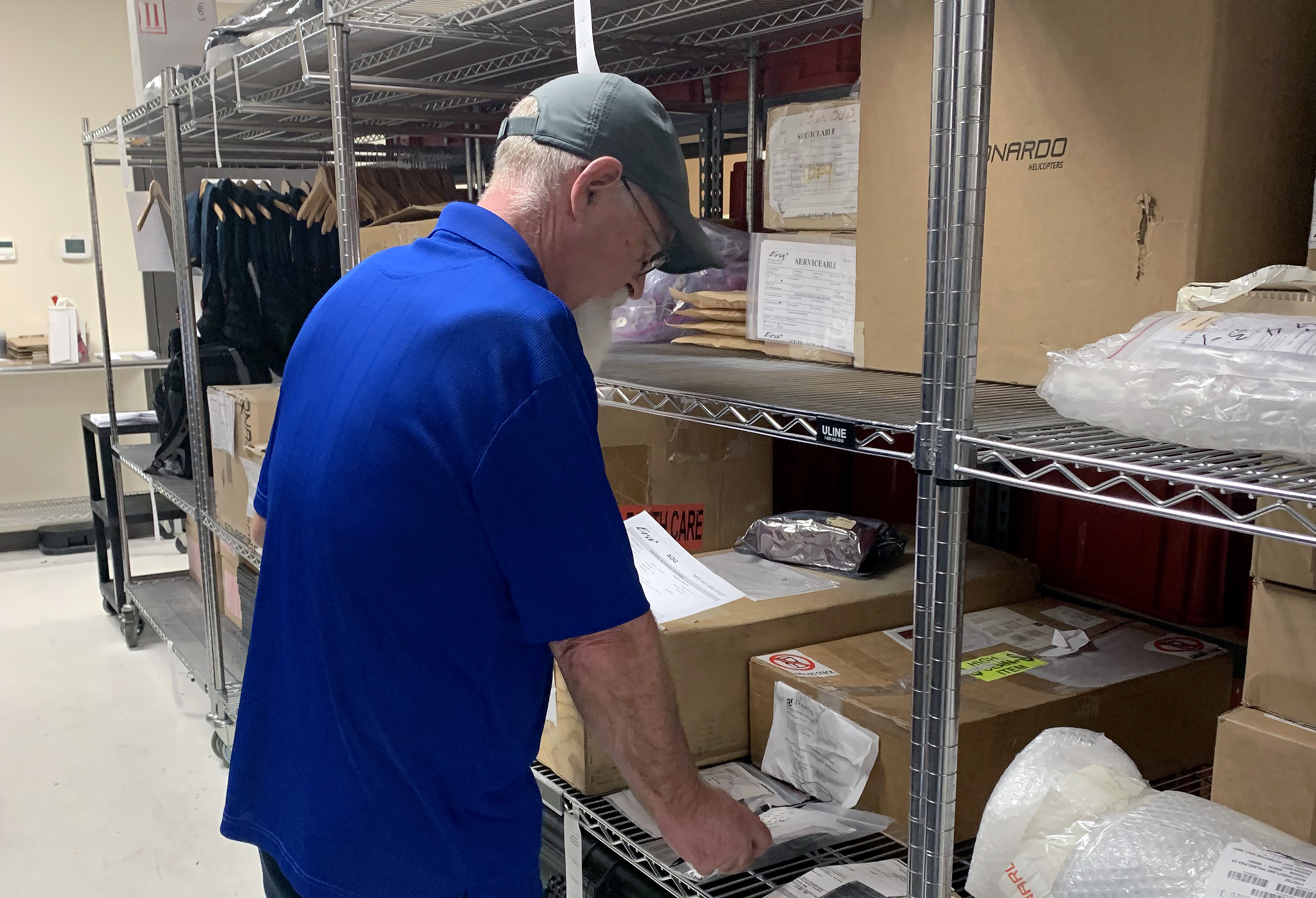