HM Coastguard’s Search and Rescue (SAR) helicopter team at Stornoway in the Western Isles completed their 1,000th tasking since 2013, with the recovery of a group of people stuck on coastal rocks in the Highlands.

Captain Dan Lewis, senior first officer Marc Grant, winch operator James Lyne and winchman Andy Walker were called to the location near Ardmair, north of Ullapool at 12:05pm, on August 25, after three people who had alighted from their boat became stranded.

After being deployed to assess the situation, the winchman lifted one person to the safety of the beach – while the remaining two people were able to return to their vessel and then to safety.

HM Coastguard’s UK Search and Rescue helicopter service, operated by Bristow Helicopters, is in its fifth anniversary year. Bristow was awarded the 10-year contract by the Department for Transport in March 2013.

One of the base’s most notable taskings saw the crew support the rescue of an elderly man who was clinging onto a cliff edge on the Island of St Kilda in 2018. The man was spotted in one of the most remote parts of the UK, having slipped and fallen some 30 hours earlier. Winching him onto the helicopter wasn’t an option, so Coastguard rope technicians jumped into action and were able to bring the man to safety.

In August 2017, the crew spent a staggering nine hours in the air when they attended two back-to-back medical evacuations. The first call came in at 9.30pm on August 5, when a patient required airlifting from Western Isles Hospital, Stornoway to Aberdeen Royal Infirmary. Having safely delivered the patient just after midnight, during refuelling while still in Aberdeen, a second call came in to rescue an injured fisherman.

The crew were immediately re-tasked to the fishing vessel and airlifted the casualty, again to Aberdeen Royal Infirmary, arriving just after 6am on August 6. By the time they returned to Stornoway, they had flown for nine hours.

Capt. Stuart Cunliffe, Chief Pilot at Stornoway said: “I am immensely proud of the lifesaving work the team at Stornoway has been delivering since 2013. This milestone would not be possible without their unwavering dedication and commitment to helping those in need.

“The Western Isles and wider Scottish coast present many challenges, often experiencing high winds and rough sea conditions in remote locations. Our team work closely with the emergency services including police, ambulance and fire and rescue to ensure the ongoing safety of the public.

“We are proud to celebrate five successful years working on behalf of HM Coastguard, and maintaining the very highest safety and efficiency standards, which the service is renowned for.”

Director of HM Coastguard Claire Hughes said: “There are people right across the UK and even further afield who owe their lives to the HM Coastguard search and rescue helicopter crews. We are grateful for their continued support, particularly during these challenging times. Each milestone is a testament to the sustained hard work and commitment of our crews.”

In addition to responding incidents, the Stornoway crew also conducts regular training exercises, to ensure they are prepared for any eventuality.

The purpose-built facility at Stornoway is one of 10 bases strategically located around the country near areas where search and rescue incident rates are high. The other bases around the UK are at Sumburgh, Lydd, Inverness, Prestwick, Caernarfon, St Athan, Humberside, Lee-on-Solent and Newquay.

The HM Coastguard Search and Rescue helicopter service is operated by Bristow Helicopters on behalf of the Maritime and Coastguard Agency.

Bristow Helicopters Ltd is the provider of helicopter search and rescue (SAR) services in the UK, on behalf of Her Majesty's Coastguard, having been awarded the UK SAR contract and the Gap SAR contract for Northern Scotland. Bristow Helicopters has a long history of providing world class SAR services, beginning in 1971 at RAF Manston, and has flown more than 60,000 SAR operational hours in the UK and conducted over 15,000 SAR missions, during which more than 7,000 people have been rescued by Bristow crews and helicopters. For more information on Bristow’s SAR operations, please visit www.bristowsar.com 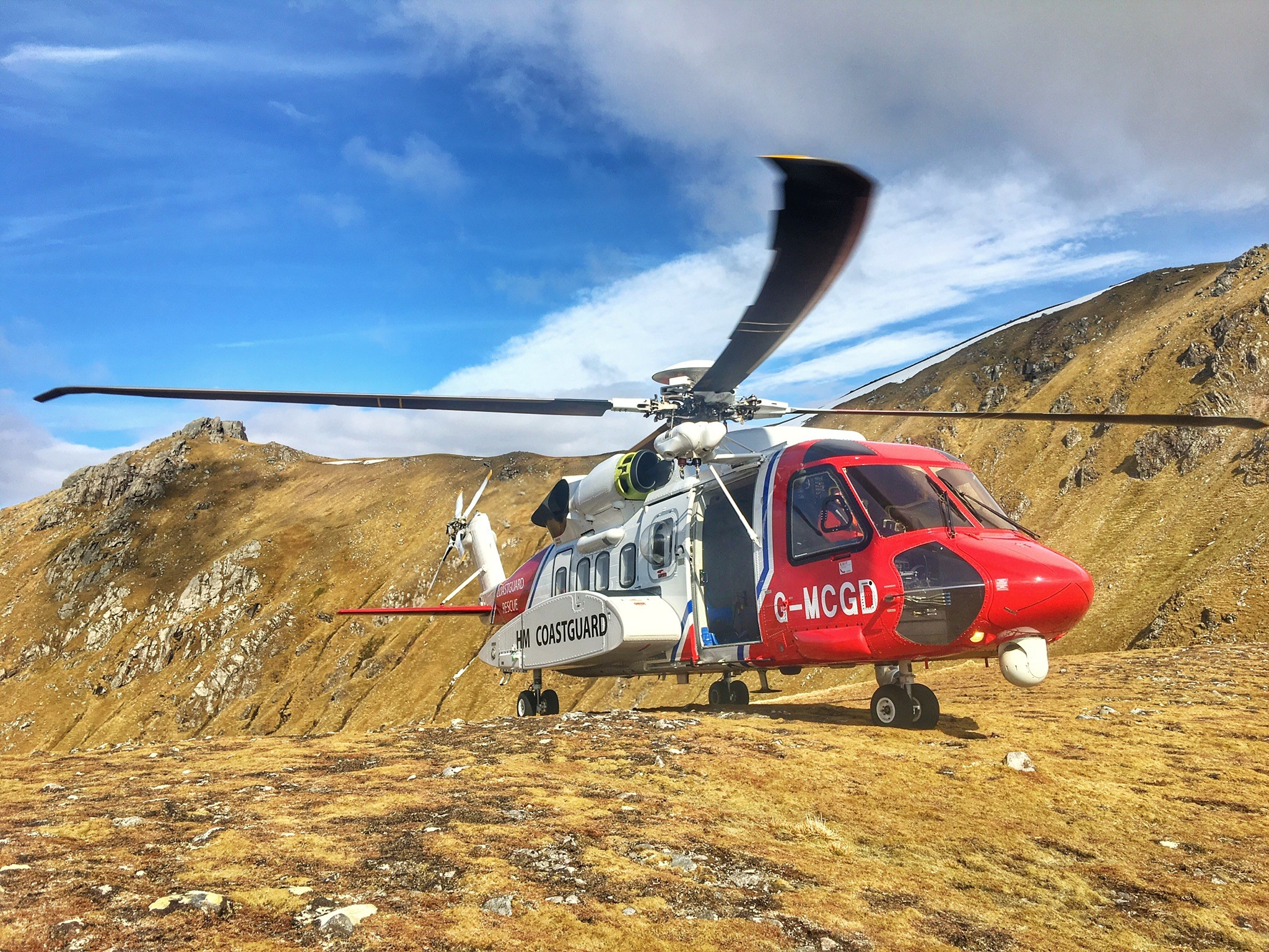