A prestigious Royal Humane Society award has been presented to HM Coastguard Search and Rescue Lydd helicopter winch paramedic Mark Scotland, following his heroic actions in the effort to save a 12-year-old girl off the coast of Kent last year.

Mr Scotland was awarded with the Testimonial on Parchment for bravery, which recognises someone who has put themselves in danger to save, or attempt to save, someone else.

During a routine training flight on July 28, 2020, the HM Coastguard Search and Rescue helicopter from Lydd was re-directed to Dymchurch Beach, Kent, when three people were reported in distress in the sea.

Arriving on scene just two minutes after the initial call, the crew saw a 12-year-old girl struggling to keep her head above water – the crew immediately set about effecting a winch rescue, and Mr Scotland was lowered to the sea.

Finding the girl at risk of losing consciousness as she sank below the waves, Mr Scotland fully immersed himself in the water, allowing him to fully lift her upper body clear of the water, where she was able to breathe.

After successfully recovering to the aircraft, Mr Scotland administered first aid to the young girl as she was flown to Ashford Hospital for treatment, where she made a full recovery.

Mark Scotland said: “I’m honoured to receive the Royal Humane Society Testimonial on Parchment. This particular rescue presented a number of challenges, with the young girl very panicked and struggling to keep afloat in the water. I knew it was essential to get her out of danger as soon as possible and I’m so pleased we were able to safely winch her to the aircraft for further treatment, and that she ultimately made a full recovery.”

Capt. Neil Robertson, Chief Pilot at Lydd, said: “This award could not be more well deserved and I’m exceptionally proud of the work Mark did at Dymchurch that day.

“It was a perilous situation, and Mark’s courageous and selfless act, above and beyond what is expected of a search and rescue winch paramedic, undoubtedly saved her life. His composure throughout the rescue, during which he was submerged for up to 10 seconds, is testament to the lengths our crew will go to, to rescue those in danger at sea or inland.

“During the summer months, many people flock to our beautiful beaches in the UK but it’s vital to be aware of the many dangers they pose. Inflatables that can easily be swept out to sea and rip currents which can catch out even the most experienced swimmers are just some of the instances where our crew are called out to help.”

HM Coastguard’s Search and Rescue helicopter facility at Lydd is one of 10 bases strategically located around the country near areas where search and rescue incident rates are high. The other bases around the UK are at Sumburgh, Stornoway, Inverness, Prestwick, Caernarfon, St Athan, Humberside, Lee-on-Solent and Newquay. In addition to responding to around 16 incidents per month, the Lydd crew also conducts regular training exercises, to ensure they are prepared for any eventuality.

HM Coastguard’s Search and Rescue helicopter service is operated by Bristow Helicopters on behalf of the Maritime and Coastguard Agency.

Bristow Helicopters Ltd is the provider of helicopter search and rescue (SAR) services in the UK, on behalf of Her Majesty's Coastguard. Bristow Helicopters has a long history of providing world class SAR services, beginning in 1971 at RAF Manston, and has flown more than 60,000 SAR operational hours in the UK and conducted over 15,000 SAR missions, during which more than 7,000 people have been rescued by Bristow crews and helicopters. For more information on Bristow’s SAR operations, please visit www.bristowsar.com. 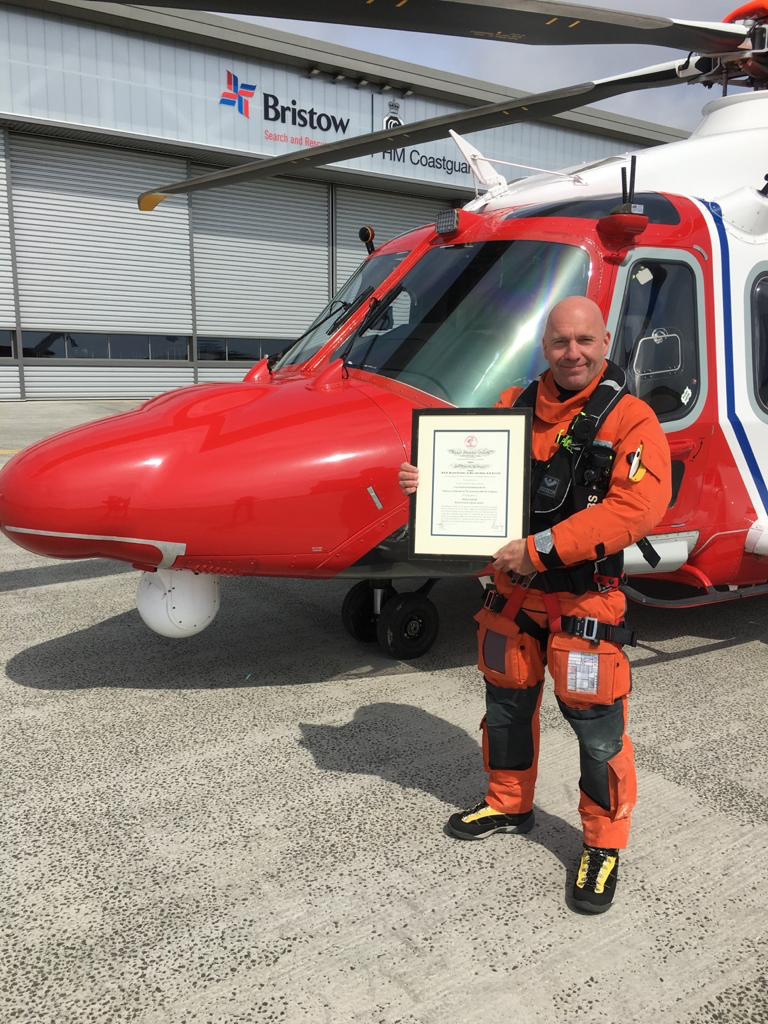